December 20th, POSCO made a deposit of 10 billion KRW to the Community Chest of Korea, of which was  gathered from its family companies as year-end charity funds to help the less fortunate. 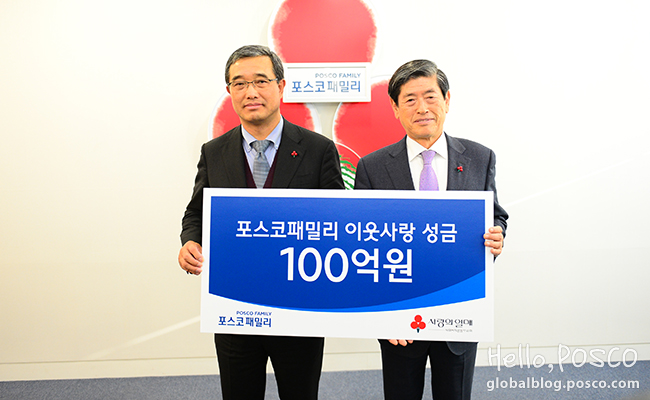 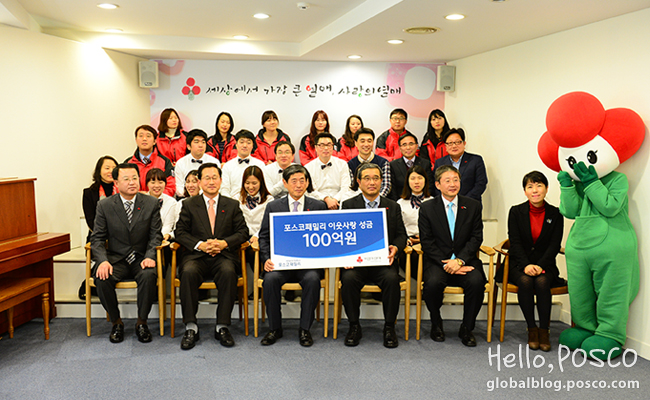 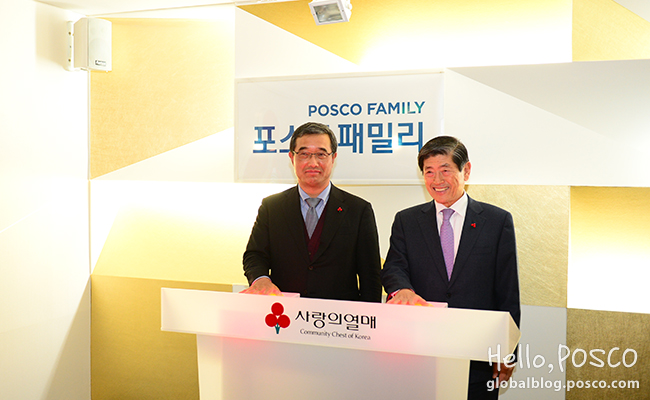 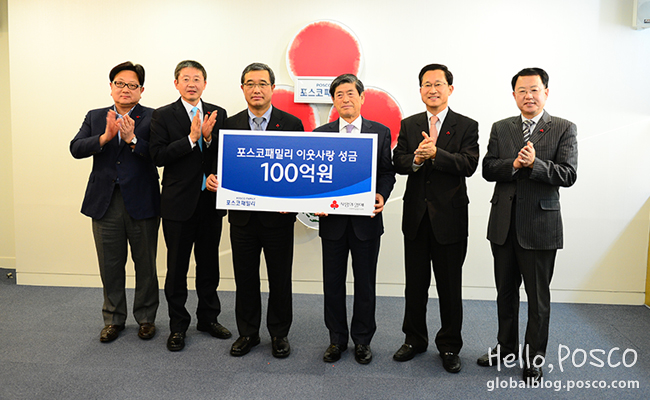 Vice President Hwang Eunyeon said, “There is a DNA of sharing and public good at POSCO. We will continue to implement a range of volunteer activities in local society and fulfill our social responsibilities as a company.”

POSCO has been donating year-end charity funds annually since its founding. The company has donated 10 billion won for the less fortunate every year together with POSCO-funded companies since 2007.

POSCO also established a ‘POSCO 1% Sharing Foundation’ this November to effectively manage donations collected through the ‘1% Sharing Campaign’( a charity program) in which employees donate 1% of their wages. To promote the sharing and donating culture, officers and senior managers of POSCO-funded companies have been voluntarily participating for the past two years, which encouraged the participation of other employees. Over 90% of POSCO employees joined the donation, and the overall participation rate of 26 POSCO-funded companies has been also increased. The company has also been donating via a matching grant.