On August 1st, the two companies signed a joint research agreement to promote the low-carbon HBI* production at the Vale headquarters in Rio de Janeiro, Brazil. Ju-tae Lee, Head of Purchasing and Investment Division of POSCO and Luiz Meriz, Global Director for Sales of Iron Ore and Coal from Vale attended the signing ceremony.
*HBI(Hot Briquetted Iron): a processed iron obtained by molding reduced iron, an iron ore from which oxygen has been removed, in the shape of briquettes.

POSCO and Vale decided to conduct joint research in the areas of ▲selection of potential regions, ▲cost and investment cost analysis by the production process, and ▲carbon emission reduction measures in the production process to promote the HBI business. The two companies plan to complete a basic review for the HBI business, including the optimal location of the plant, scale, production method, and economic feasibility by the end of this year.

POSCO signed a Memorandum of Understanding (MOU) for carbon-neutral cooperation with Vale in November last year, and has conducted joint research on how to use low-carbon raw materials in the process. Through this agreement, the joint research field for carbon neutrality expanded to the HBI business

At the signing ceremony, Ju-tae Lee, Head of Purchasing and Investment Division of m POSCO said, “We have expanded the field of cooperation with Vale, a global iron ore supplier active in carbon emission reduction. We will seek ways to secure stable HBI with Vale, which has capabilities as a raw material supplier, and take the lead in realizing carbon neutrality.”

Luiz Meriz, Global Director for Sales of Iron Ore and Coal from Vale said, “With this agreement, both companies have come one step closer to achieving the carbon neutrality goal. We look forward to creating synergy and strengthening the cooperative relationship between the two companies through joint research on the HBI business.”

The two companies have been trading iron ore for more than 40 years since 1976, and plan to strengthen cooperation in the field of raw material purchase and investment in the future. 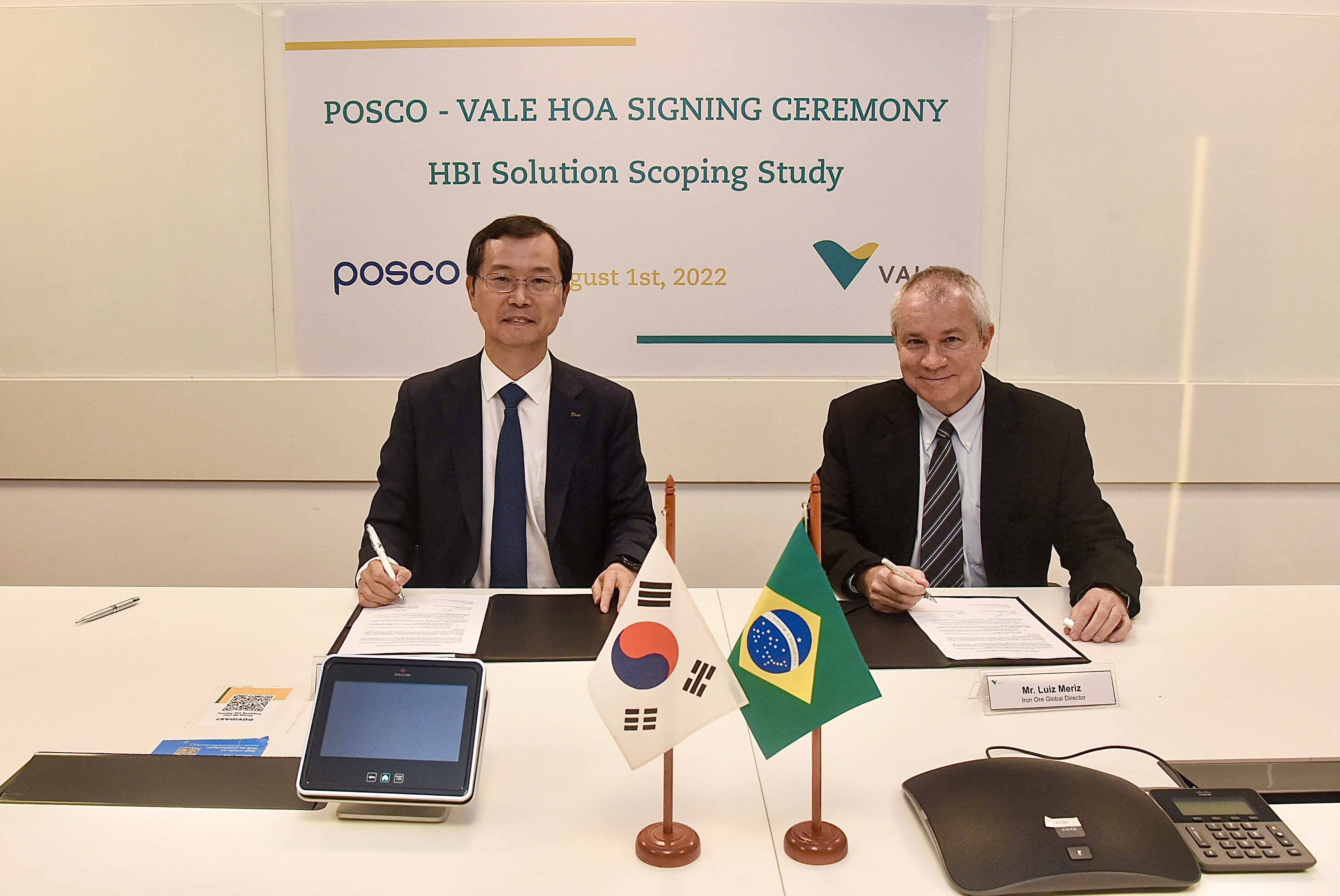 ▲ Ju-tae Lee, Head of Purchasing and Investment Division of POSCO (on the left) and Luiz Meriz, Global Director for Sales of Iron Ore and Coal from Vale (on the right) signed a joint research agreement to promote low-carbon HBI production at the Vale headquarters in Rio de Janeiro, Brazil on August 1st.