Promotion of feasibility studies such as establishing an HBI plant, developing iron ore mines in Australia, and investing in hydrogen pilot facilities

On March 29, the two companies signed a Heads of Agreement (HoA) to investigate the business feasibility of an HBI* production project at the headquarters of Hancock in Perth, Australia. Joo-tae Lee, head of the Purchasing and Investment Division of POSCO and Garry Korte, CEO of Hancock, attended the signing ceremony.
＊Hot Briquetted Iron (HBI) : A processed iron obtained by molding reduced iron, an iron ore from which oxygen has been removed (reduced), in the shape of briquette.

Through the signing of the agreement, the two companies plan to conduct detailed feasibility studies in areas such as the establishment of an HBI plant, development of an iron ore mine in Australia, and investment in a pilot facility for the production of hydrogen, and closely examine the investment economy and risks.

The two companies will secure high quality iron ore stably by jointly developing a mine in Australia that Hancock owns, and examine the establishment of a low carbon HBI manufacturing plant in which carbon dioxide emissions are reduced by using hydrogen as a reducing agent. Furthermore, the hydrogen used as a reducing agent is planned to be produced directly using Australia’s excellent renewable energy conditions.

POSCO signed an MoU with Hancock in July last year and has conducted a preliminary feasibility study on HBI production, and plans to decide on investment after conducting a detailed review by the end of this year through this HoA.

Joo-tae Lee, head of the Purchasing and Investment Division of POSCO, said ”This agreement is the first business POSCO is promoting for the production of low carbon steel since POSCO was launched as a steel company under the holding company system. We will take this opportunity to examine the production of low carbon steel material with Hancock, which has resource development capabilities, and lead a new steel era.”

With the launch in March of POSCO Holdings, its holding company, POSCO Group plans to proactively establish an eco-friendly production system to achieve the goal of net-zero carbon by 2050 and will become a representative green materials and energy business company by solidifying competitiveness through a step-by-step transition to a carbon neutral production system and eco-friendly infrastructure. 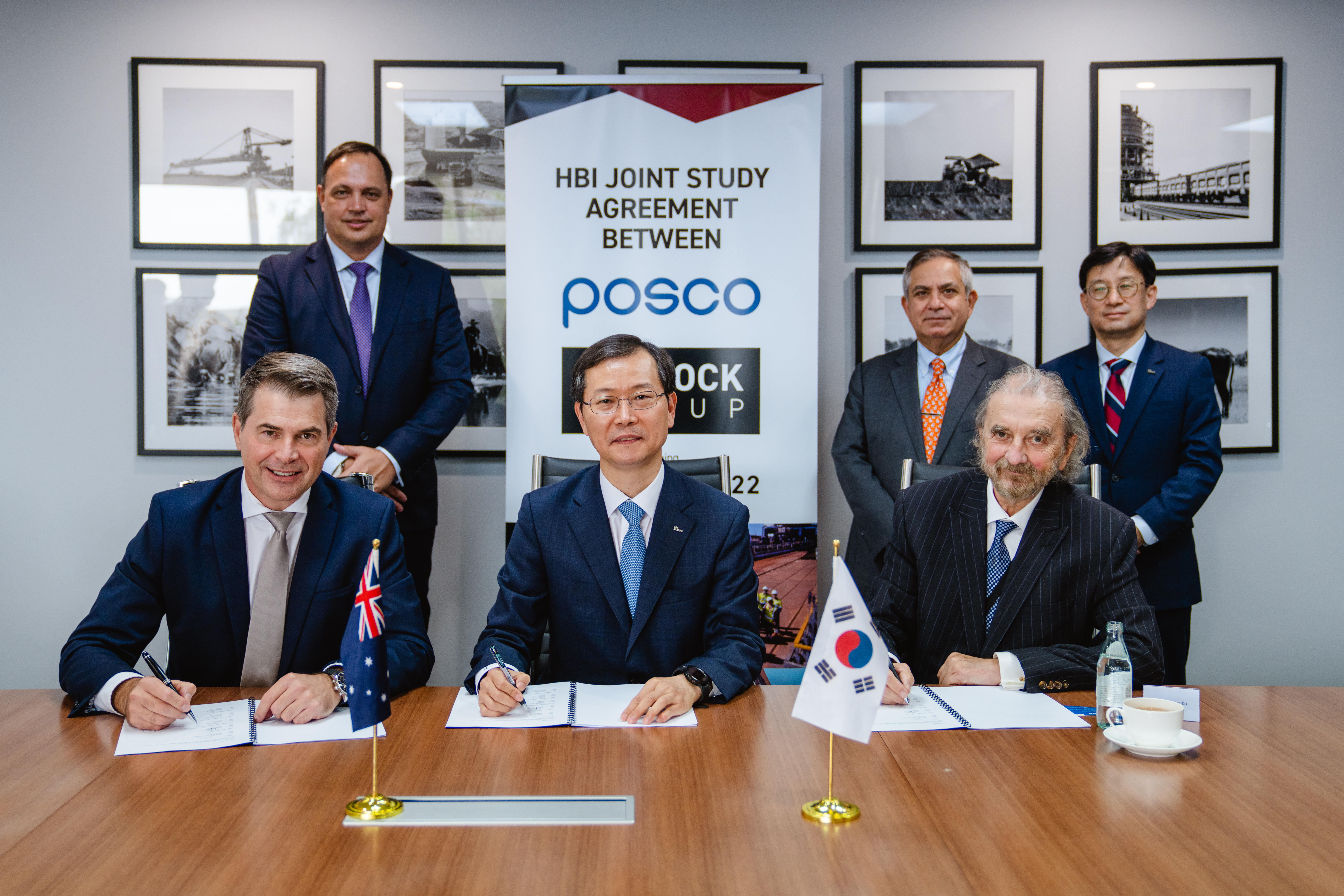