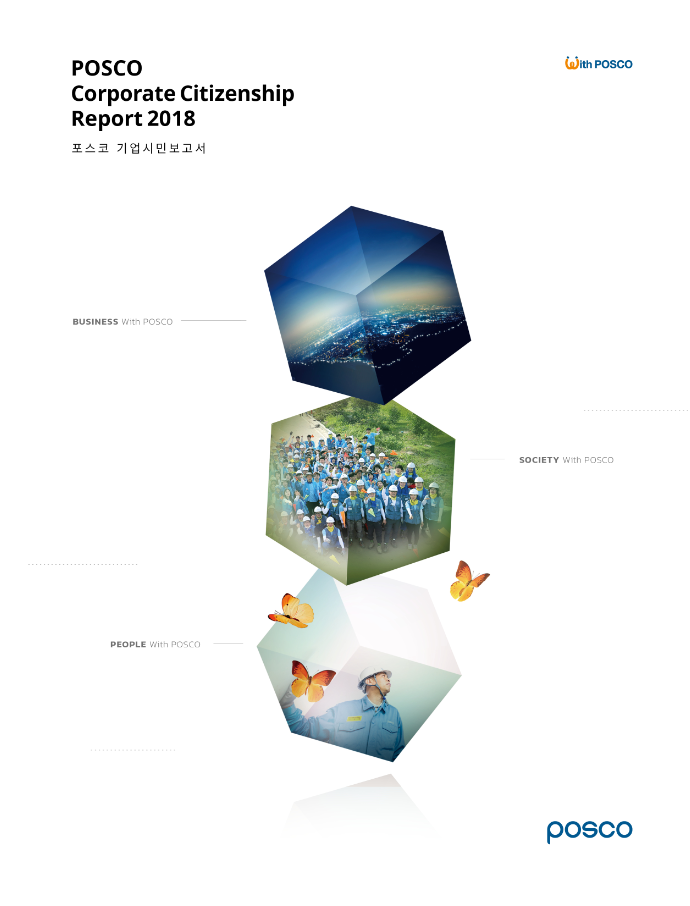 The key direction of the POSCO Report, centered on environmental and social sustainability, whereas the Corporate Citizenship Report channels its message through company’s new management principle, ‘With POSCO’ which seeks mutual growth with communities. All POSCO’s achievement from 2018 has been classified into the following ‘With POSCO’ categories: Business with POSCO, Society with POSCO, and People with POSCO.

Through the CEO message of the Report, POSCO CEO Jeong-Woo Choi affirmed the company’s commitment as a conscientious corporate citizen dedicated to mutual growth alongside all members of the community. He remarked, “As a proud member of the community, POSCO will take one step at a time towards mutual and sustainable growth.”

The Society section (Society with POSCO) addressed the company’s ongoing effort to help tackle Korea’s low birth rate, as well as its support for startups and job seekers. All in all, the section highlighted POSCO’s endeavor to create opportunities where community values and economic opportunities create synergies.

In People (People with POSCO), the Report discussed the company’s effort to establish a culture that values trust and creativity. To that end, POSCO implemented safety and health procedures and a work-life-balance by devising measures to work more effectively.

The POSCO Corporate Citizenship Report 2018 is published in Korean and English (to be released) and can be downloaded from the POSCO website.