How POSCO-China Works Locally to Reach Its Social Responsibility Goals

Recently, POSCO has received applause at the ‘Next Society CSR Summit 2014’ for earning the grand prize in iron & steel sector. Such distinguished performance is not limited to Korean domestic communities but reaches beyond the national boundary. That is, POSCO-China has been ardently assisting the Chinese local communities in which they operate. In fact, their outstanding performance in CSR activities has been illustrated in numbers. Let’s learn more about POSCO-China’s improved scores and ranks in the field of CSR.

With the joint efforts of its subsidiaries in China, POSCO Family, presented by POSCO China, improves its ranking from No. 46 in 2013 by virtue of outstanding achievements to No. 42 this time on the list of top 100 Chinese enterprises. In fact, POSCO-China has won the annual total score of 70.5, which is 11.6 point increase from last year. In iron & steel industrial category, POSCO ranks No. 6, following Baosteel and WISCO, and is still the only foreign-invested iron & steel enterprise on the list, according to this evaluation.

The report went through an extensive process which took five months to complete. Since March 14 this year, POSCO-China held annual CSR Workshop for the first time in Beijing, where experts of Research Center for CSR CASS were invited to give a professional training and case studies to leaders of subsidiaries. CSR business leader also shared sustainable approaches to business and case studies of POSCO headquarters. After entering the reporting stage, Cooperation & Communication Dept. of POSCO-China sent the project leaders to start in-depth speaking tour in the subsidiaries for six times. With active cooperation of subsidiaries, specific explanations and Q & A session were made for 203 index. In the writing phase, CSR TF team of POSCO-China integrated the data and reporting results of 26 subsidiaries, which realized the professional writing. Despite the fact that this is the very first time to apply for certification to a third-party, the Chinese CSR Report Rating Expert Committee, POSCO’s report received four-star evaluation with five-star being the highest rating.

Now and the Future of POSCO-China’s CSR

POSCO-China was persistent to its responsibilities; all staff provided sufficient information by many and group leaders offered sincere attention and support. With their cooperation and support behind, the ranking of 2013 POSCO’s CSR Report was improved among that of top 100 Chinese enterprises. A series of innovative management measures implemented in 2014 also marks that CSR work of POSCO Family in China has reached a new stage.

Recently, POSCO-China is planning to cooperate with CASS to formulate CSR Handbook 3.0 for metal smelting and metal extension industries. Hence, CASS specialists and enterprise representatives are expected to visit South Korea by the end of this year to make a survey and adapt POSCO’s valuable experience.

POSCO-China’s CSR at a Glance

Here is a short overview of CSR activties by POSCO-China. 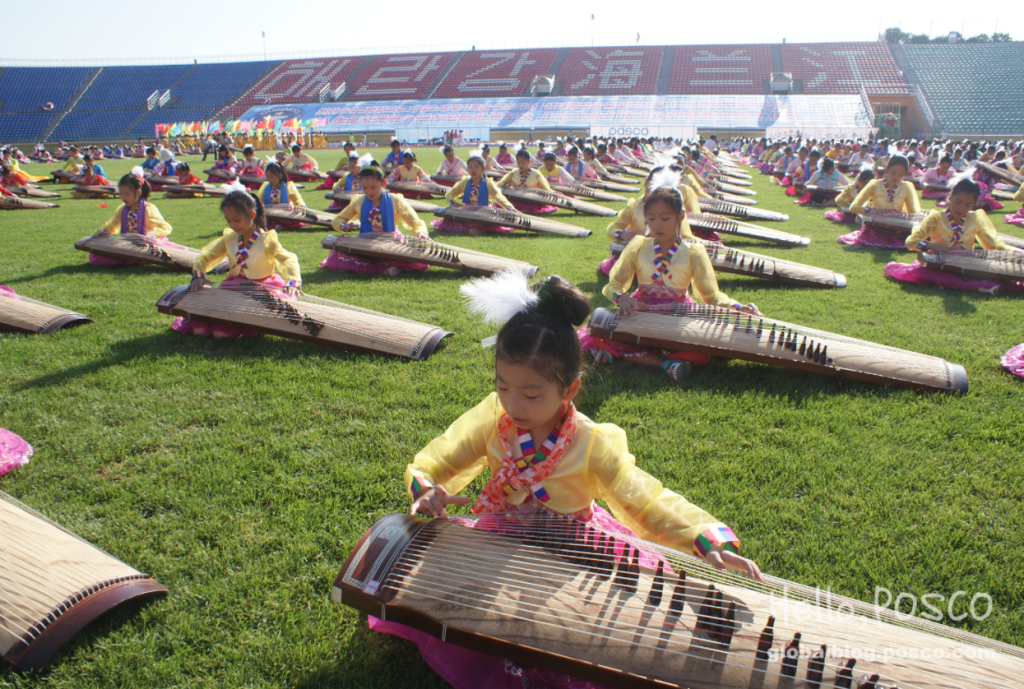 Even listed in the Guinness World Records, the largest ensemble of the gayageum, a Korean traditional string instrument, was achieved by People’s Government of Longjing City and was sponsored by POSCO-China. 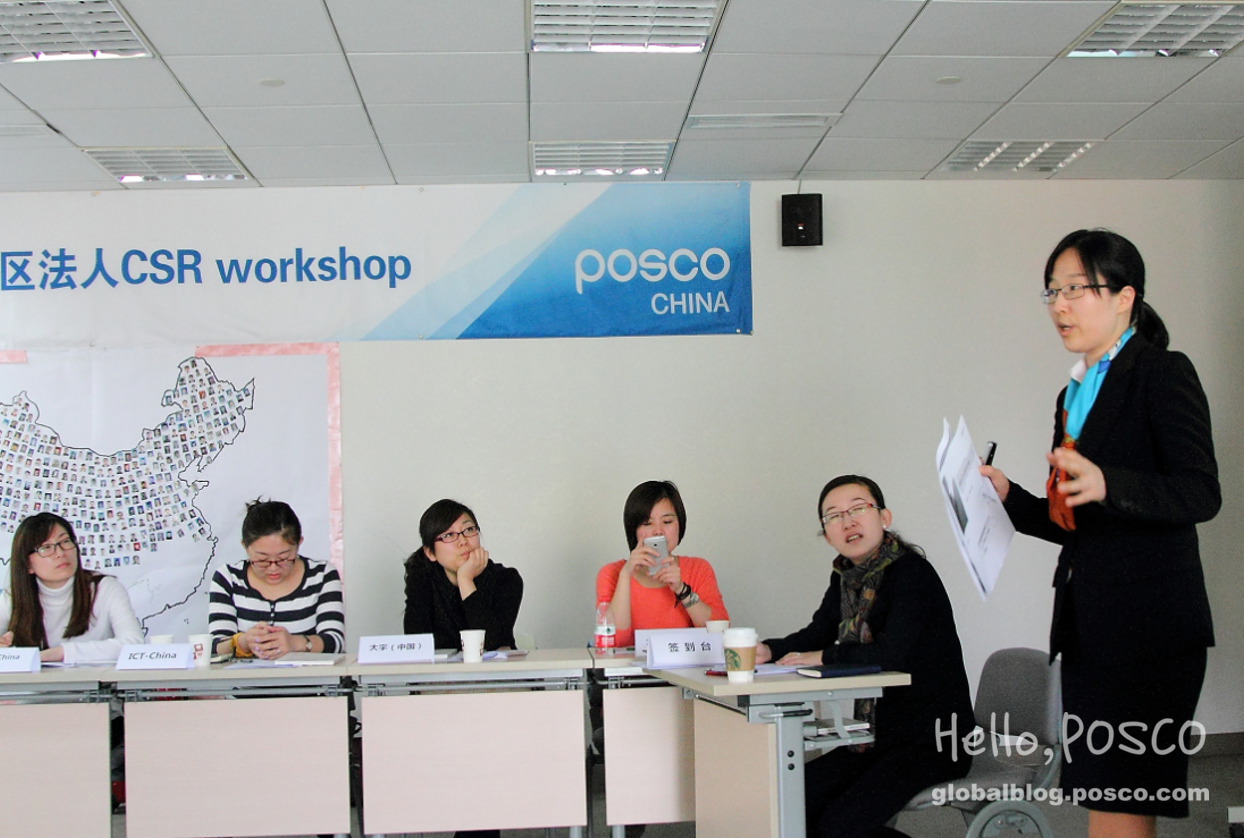 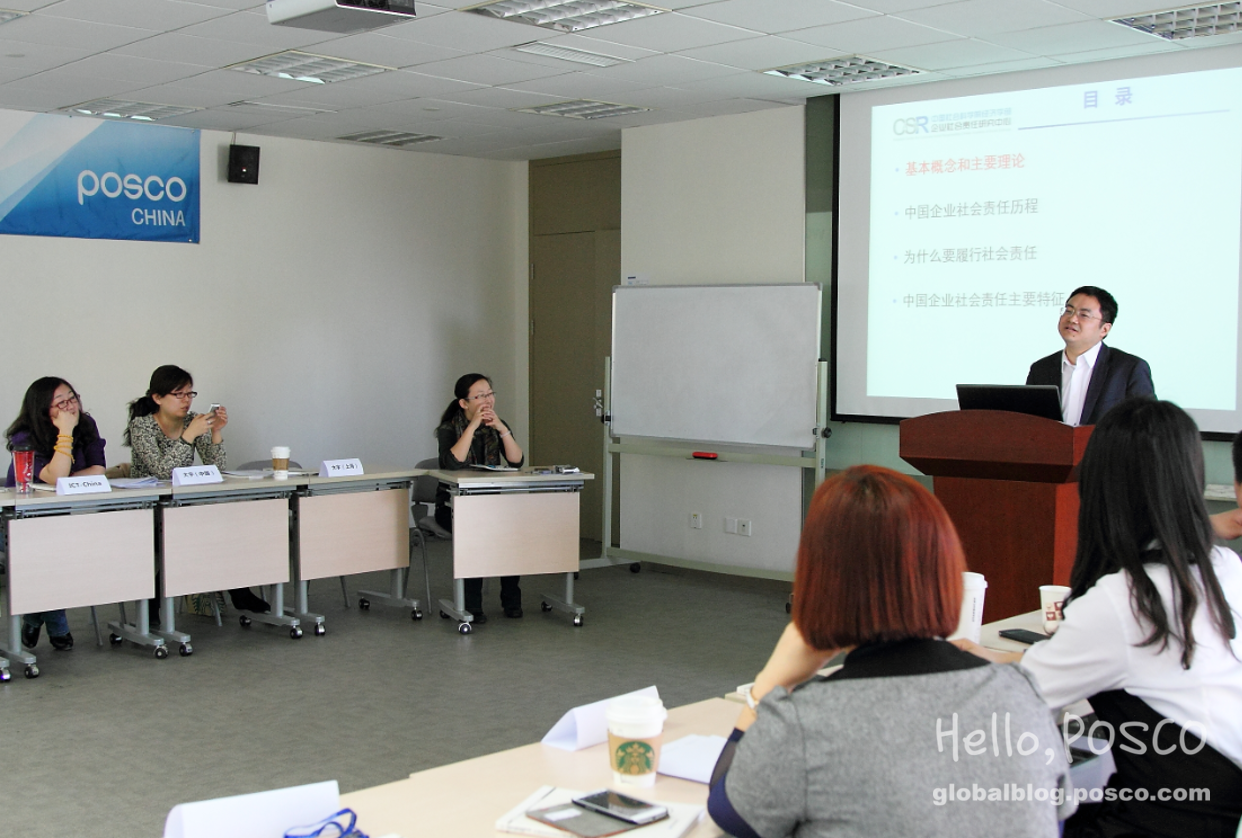 At the POSCO-China CSR Workshop, Hongwu Zhong, an expert of Research Center for CSR CASS, was invited to give a professional training session. 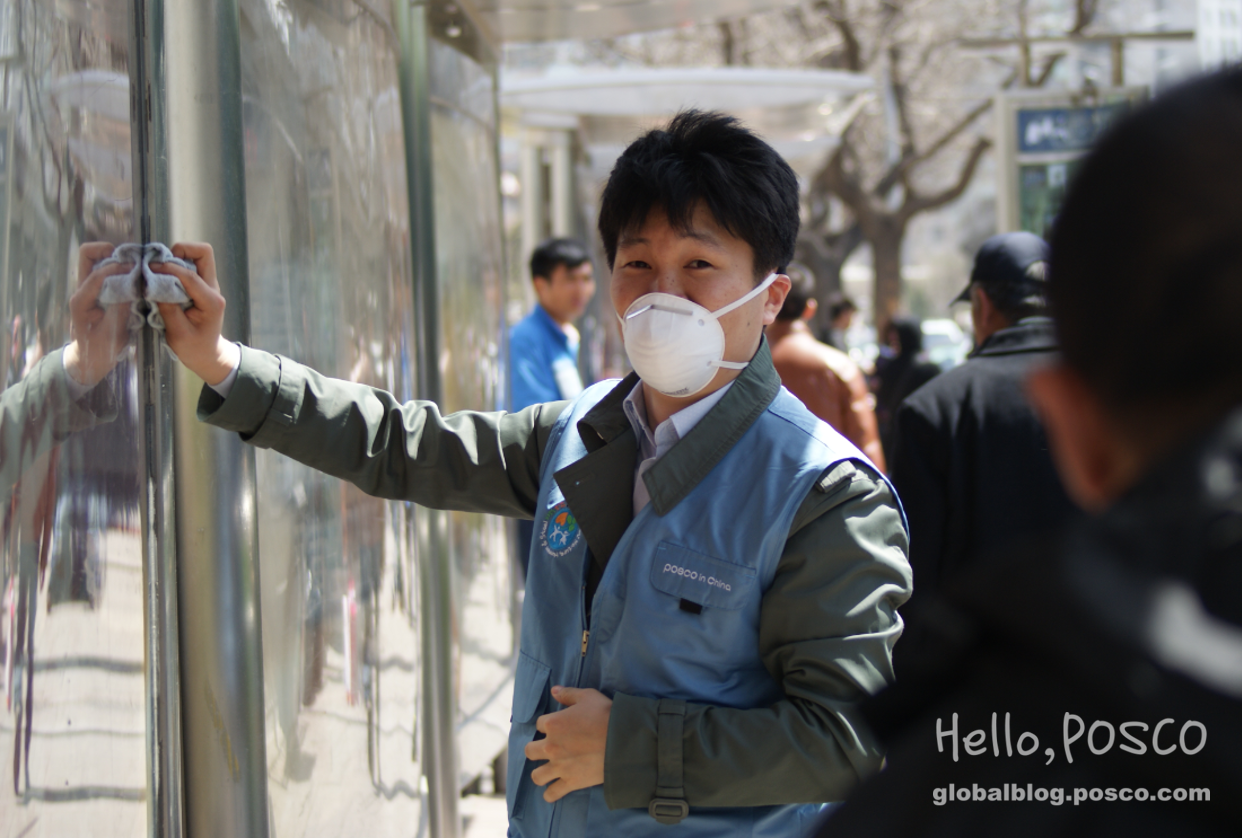 POSCO-China’s volunteers spent their spare time on removing stickers on the street nearby the company’s office to preserve the community environment. 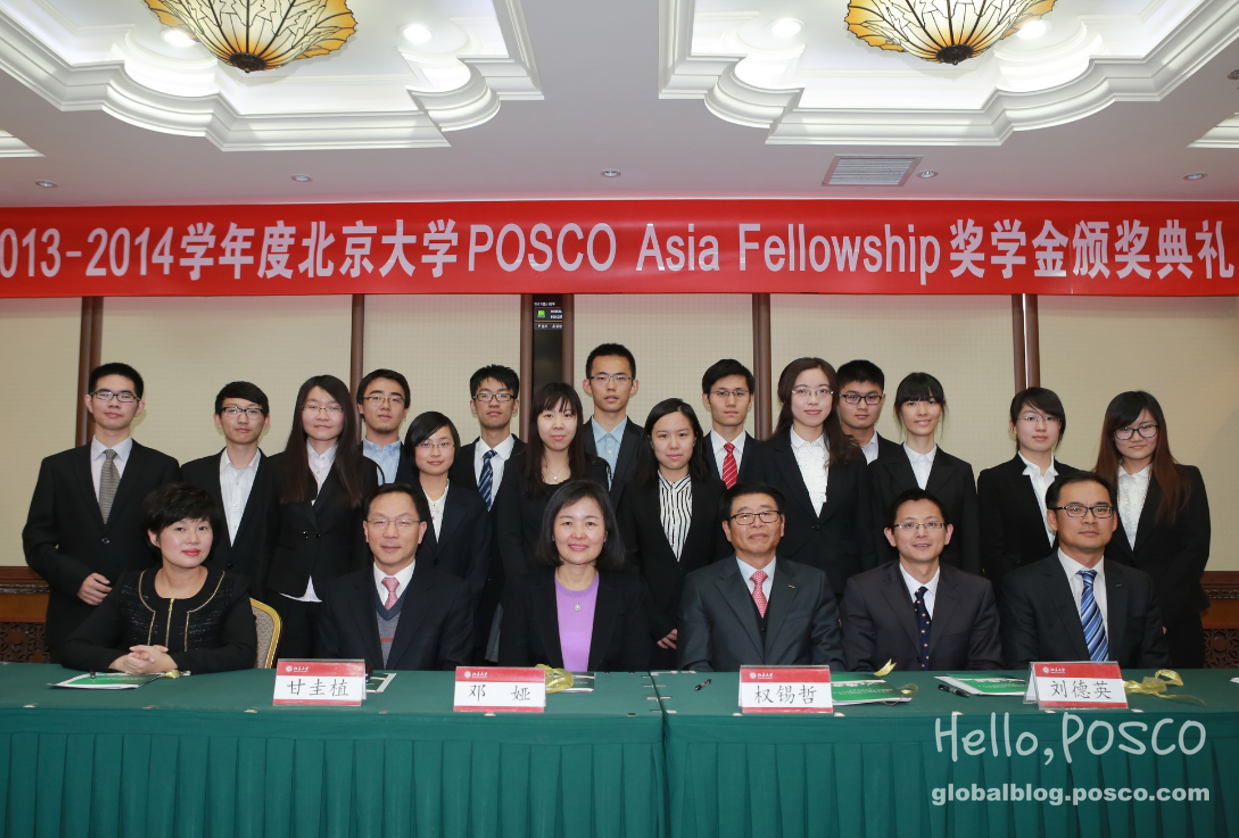 POSCO held POSCO Asia Fellowship Awarding Ceremony at Beijing University on December, 2014. POSCO has been providing 320 thousand dollar amount of scholarship to 480 students for the past 10 years.

POSCO-China donated 2 million RMB for post-disaster reconstruction of Ludian County, Yunnan Province in China. The county was struck by 6.5 magnitude earthquake in August 3, 2014.