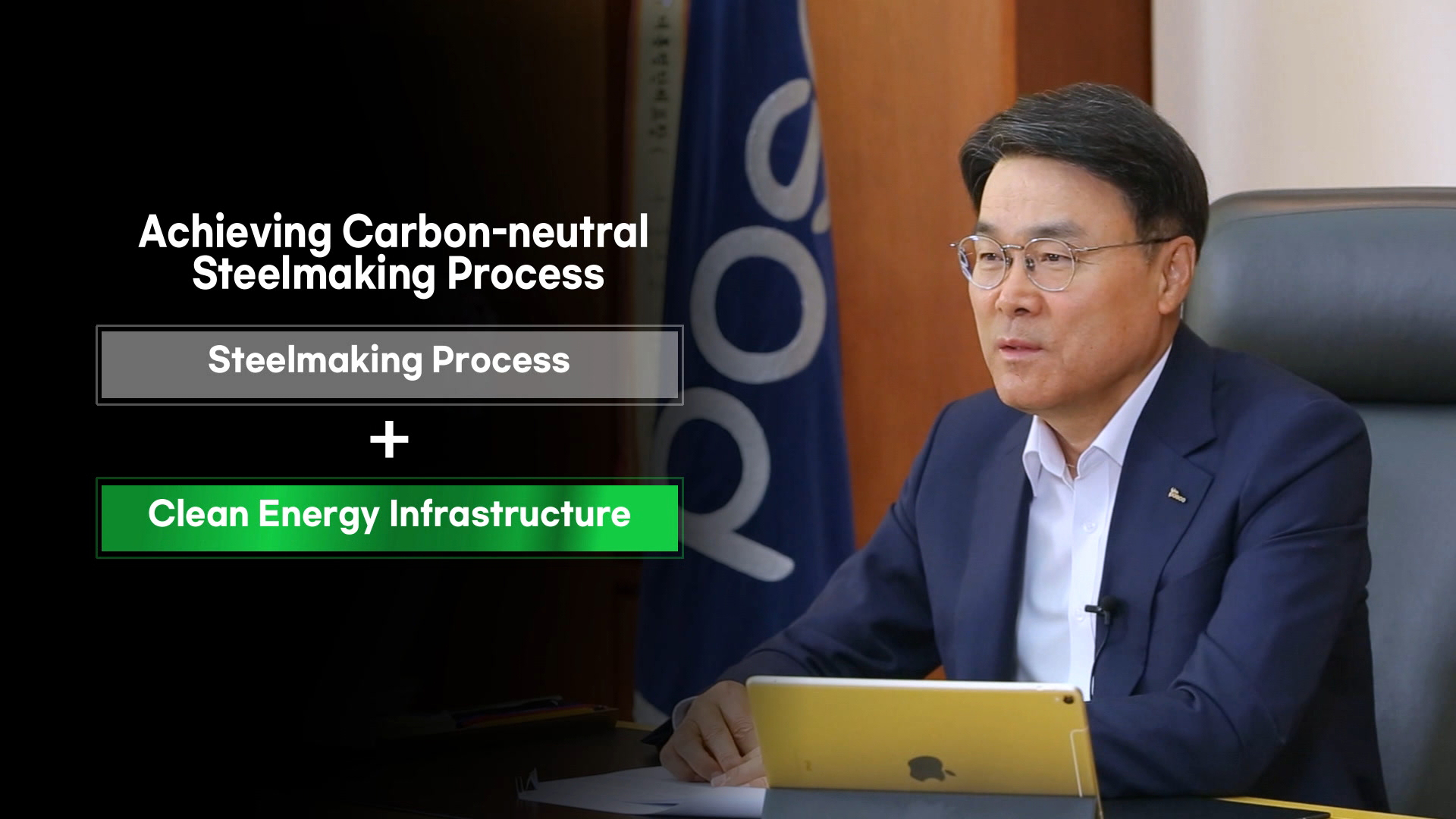 On October 27, POSCO CEO Jeong-Woo Choi delivered a keynote speech under the theme of “POST-COVID19 Megatrends: A New Decade” at the “Steel Success Strategies,” an online conference held by the World Steel Dynamics (WSD).

* World Steel Dynamics (WSD): A global research institution for the steel industry based in the U.S. Every year, it hosts the Steel Success Strategies conference as well as evaluates the competitiveness of major steelmakers. At the conference this year, POSCO CEO Jeong-Woo Choi and six other global steelmaker CEOs, including Tata Steel CEO Narendran and Nucor CEO Topalian, gave keynote speeches.

Choi said that steel will be the most important material in enhancing the quality of people’s lives in the future as well. He also picked the following to be megatrends of the future steel industry: 1) New Mobility, 2) Urbanization, 3) Digitalization, 4) De-carbonization, and 5) De-globalization.

In preparation for the New Mobility Era, Choi said that the steel industry will have to take proactive actions for the paradigm shift in the automotive industry and develop ultralight, high-strength automotive materials, utilizing economical and eco-friendly steel. Choi also stated that the steel industry should focus on developing high-performance, multifunctional, and eco-friendly steel construction materials, since the demand for construction steel is increasing due to urbanization, especially for relieving centralization and complexity of megacities.

As for Digitalization, Choi said that the ultimate goal for the steel industry in the Fourth Industrial Revolution would be establishing ‘Digital Twin Steelworks,’ where optimal processing and facilities are controlled in real-time based on the data acquired from the steelworks. To minimize the emission of carbon in the industry, Choi urged companies to devise plans to utilize the emitted carbon dioxide and by-products of the steelmaking process and emphasized that eventually, the steelmaking process should be decarbonized based on hydrogen.

CEO Choi went on to explain POSCO’s strategies in leading the industry with its technology, eco-friendliness, and smartization in response to the megatrends. POSCO has been pioneering the New Mobility era with the secondary battery material business and the utilization of composite material. The company has also been successful in sharing value with construction companies through INNOVILT, a premium brand of construction steel materials. Choi stated that POSCO is working on upgrading the Smart Factory, which was selected as a Lighthouse Factory at the World Economic Forum (WEF) — a.k.a Davos Forum. He also mentioned POSCO’s Triton Sea Project, an artificial reef made with slag, as an example showing that the steel industry is capable of minimizing carbon and contributing to society as a whole.

Towards the end of the speech, CEO Choi proposed the Green Steel Initiative. The objective of the Green Steel Initiative is for major steelmakers to share information and collaborative technologies regarding carbon reduction. Choi also emphasized promoting the many outstanding excellence of steel, such as economic feasibility and eco-friendliness.

In addition, POSCO was selected as the World’s most competitive steelmaker by WSD for 11 consecutive years. POSCO was well-received for its world-class technology and cost-cutting efforts despite the staggering steel market and the sluggish demand industry. The company also received favorable evaluation for taking appropriate actions, such as investing in the Roy Hill iron ore project to minimize raw material shortage and carrying out corporate citizen activities. Thus, POSCO could take its place as a leader pioneering the global steel industry. Other companies in the Top 5 rankings included Nucor, Severstal, NLMK, and Voestalpine.

Meanwhile, POSCO won the ‘Steel Leadership’ category of the 2020 Global Metals Awards, which was hosted by S&P Global Platts, last June. In October, the company won ‘Excellence in Sustainability’ at the Steelie Awards by worldsteel for its Triton Sea Project. POSCO has been receiving acknowledgement for its competitiveness from the global steel industry as well as from influential institutions.