l Starting from February 1, POSCO operates the POSCO Center as a “building with no use of disposable cups,” with all employees using tumblers instead
l Complimentary coffee provided to employees bringing their tumblers
l CEO Jeong-Woo Choi states, “Let’s start a meaningful change toward POSCO’s carbon neutrality through daily practices in life” 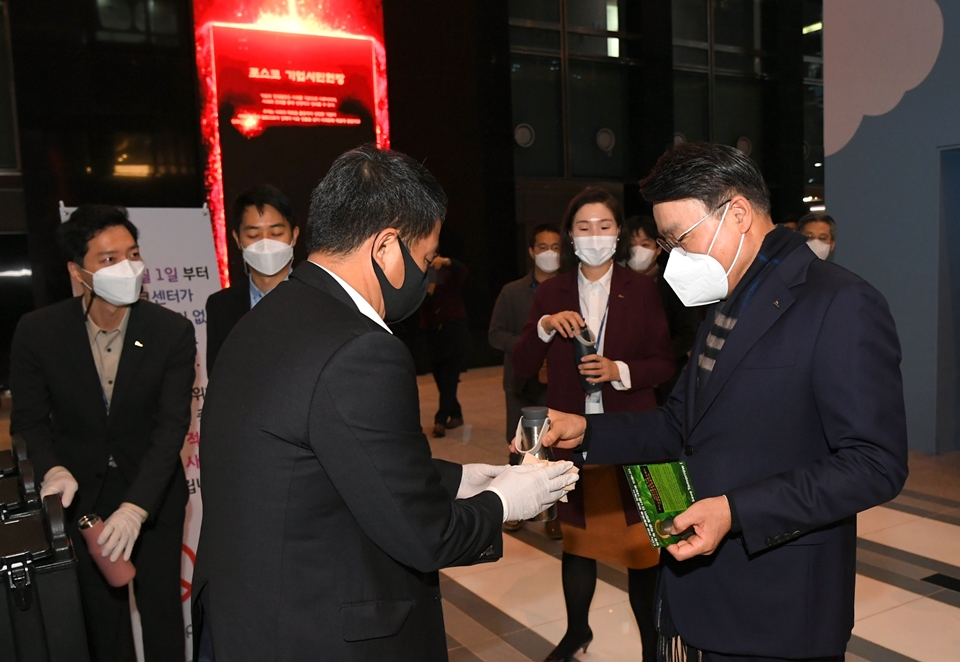 ▲ On February 1, POSCO CEO Jeong-Woo Choi is being served coffee in a tumbler at an event held on the first day of the operation of the POSCO Center as a “building with no use of disposable cups”

The POSCO Center in Seoul has been transformed into a building where disposable cups are not of use. The campaign is a practice of POSCO executives and employees to achieve carbon neutrality in their daily lives.

From February 1, POSCO decided to operate the POSCO Center in Seoul as a “building with no use of disposable cups,” an initiative to reduce CO2 emission in daily life by using tumblers.

Last month, POSCO had provided its own stainless steel tumbler with the slogan “Reduce CO2, Save Tomorrow” to all employees.

In the morning the operation was initiated, POSCO held an event that provided free coffee to employees bringing their tumblers.

CEO Jeong-Woo Choi also visited the event with his tumbler, shared coffee with employees, and said, “If all POSCO employees use a tumbler for one year, it is as effective as planting 9,000 trees of 30 years. Let’s practice little things in our daily lives towards a meaningful change.”

The headquarters in Pohang and technology research institutes will be operated as a “building with no use of disposable cups” and group companies are also expected to participate in the future.