During a visit to POSCO Chemtech, POSCO CEO Ohjoon Kwon announces plans to build an automated system that would be capable of producing 30,000 tons of anode materials by 2020. For more than 50 years, POSCO Chemtech has accumulated technical expertise in the basic industrial materials sector by primarily producing refractories and quicklime. They have also gained entry into the coal chemical industry – the production base for coal tar and crude light oil. With this foundation, POSCO Chemtech has forayed into the natural graphite anode material business and successfully mass-produced anode materials for high-capacity batteries in electric vehicles. 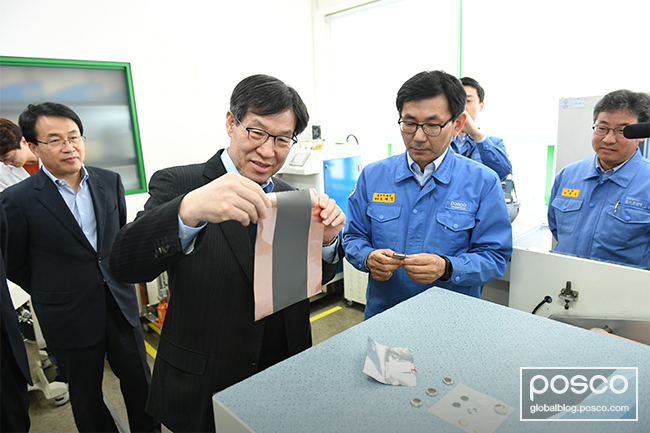 “The demand for mid to large-sized secondary cell batteries for electric vehicles and energy storage systems (ESSs) is rapidly growing,” CEO Kwon said. “We will build a smart factory to produce the world’s best anode materials and secure future competitiveness in the battery material business.” 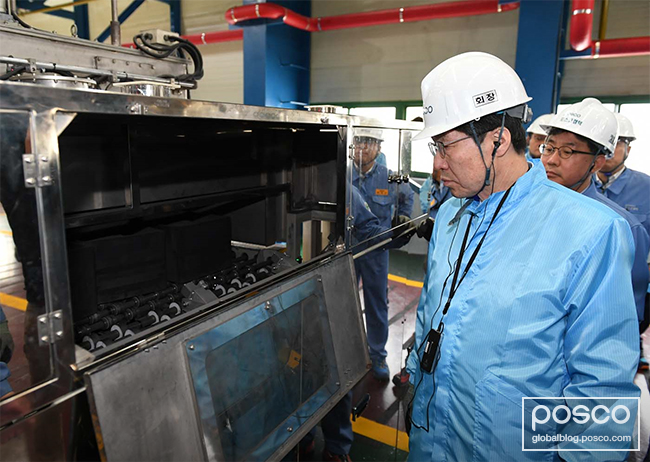 Kwon has been working with POSCO Daewoo and POSCO E&C in order to increase the competitiveness of the group’s non-steel division and has also been involved with the “Innovation POSCO Project”, an initiative aimed to enhance affiliates’ competitiveness. 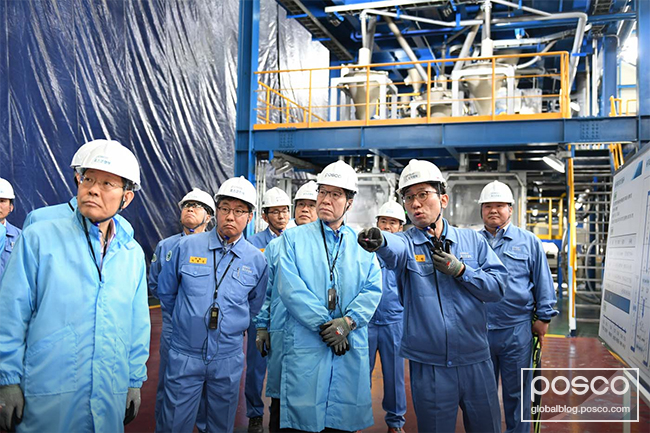 Kwon and other POSCO executives learn about the current status of anode materials production at POSCO Chemtech.