l Board extends the outside directorship of Seung-Hwa Jang
l Outside director Heui-Jae Pahk appointed as auditor.
l President of POSCO In-Hwa Chang’s tenure as the Representative Director to be extended.
l Various measures were taken to protect shareholders: installation of thermal imaging cameras, widened space between seats, and assigned seating.

At POSCO’s 52nd AGM and board meeting on March 27, the company elected outside director Moon-Ki Chung as chairman of the board. Since 2006, POSCO has been appointing board chairman from outside directors.

The Board extended the term of outside director Seung-Wha Chang (Dean of SNU School of Law) and appointed Heui-Jae Park (Seoul National University professor) as an auditor.

“To overcome the difficulties of this year, POSCO is to pursue intense cost-cutting, market-oriented technology innovation, and company-wide quality innovation. The company will further maintain the highest profitability by developing new products for future growth and pioneering new markets,” said POSCO CEO Jeong-Woo Choi during his opening speech.

CEO Choi added, ”The secondary battery business is expected to become one of POSCO’s core business in the future. POSCO will foster this business further and restructure less profitable businesses. As for shareholder returns, the company will utilize the surplus finances with prior consideration on future growth investment requirements.”

Moon-Ki Chung, Chairman of the Board, is a professor at Sungkyunkwan University. He is a professional accountant and has served as the executive director at Samil PwC, a member of the Accounting Supervision at AFSS (Financial Supervisory Service), as well as the Vice President of Korean Accounting Association. Chung has been the outside director of POSCO since 2017.

Due to the COVID-19 crisis, POSCO encouraged the electronic voting system as a measure to hold a safe shareholders’ meeting. The e-voting system enables the shareholders to exercise their voting rights online without their physical presence at the meeting. Several measures were taken to ensure the safety of those attending in person as well. A thermal imaging camera at the entrance monitored each participant, and hand sanitizers and face masks were provided. Each shareholder sat in designated seats with sufficient spaces in between to reduce contact.

For the convenience of shareholders, POSCO published its business report beforehand on March 20. The revised commercial law, which comes into effect next year, demands all companies to share business reports one week — at the least — before the shareholders’ meeting. POSCO took the initiative ahead of its enactment to help shareholders make informed decisions. 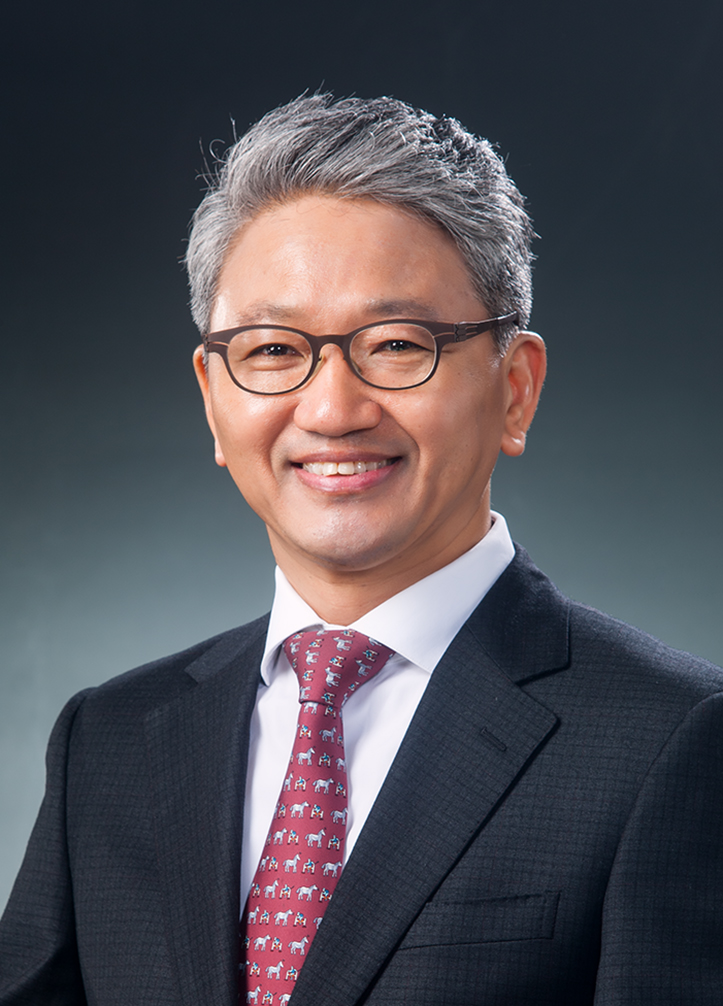 ▲ Chairman of the Board Moon-Ki Chung 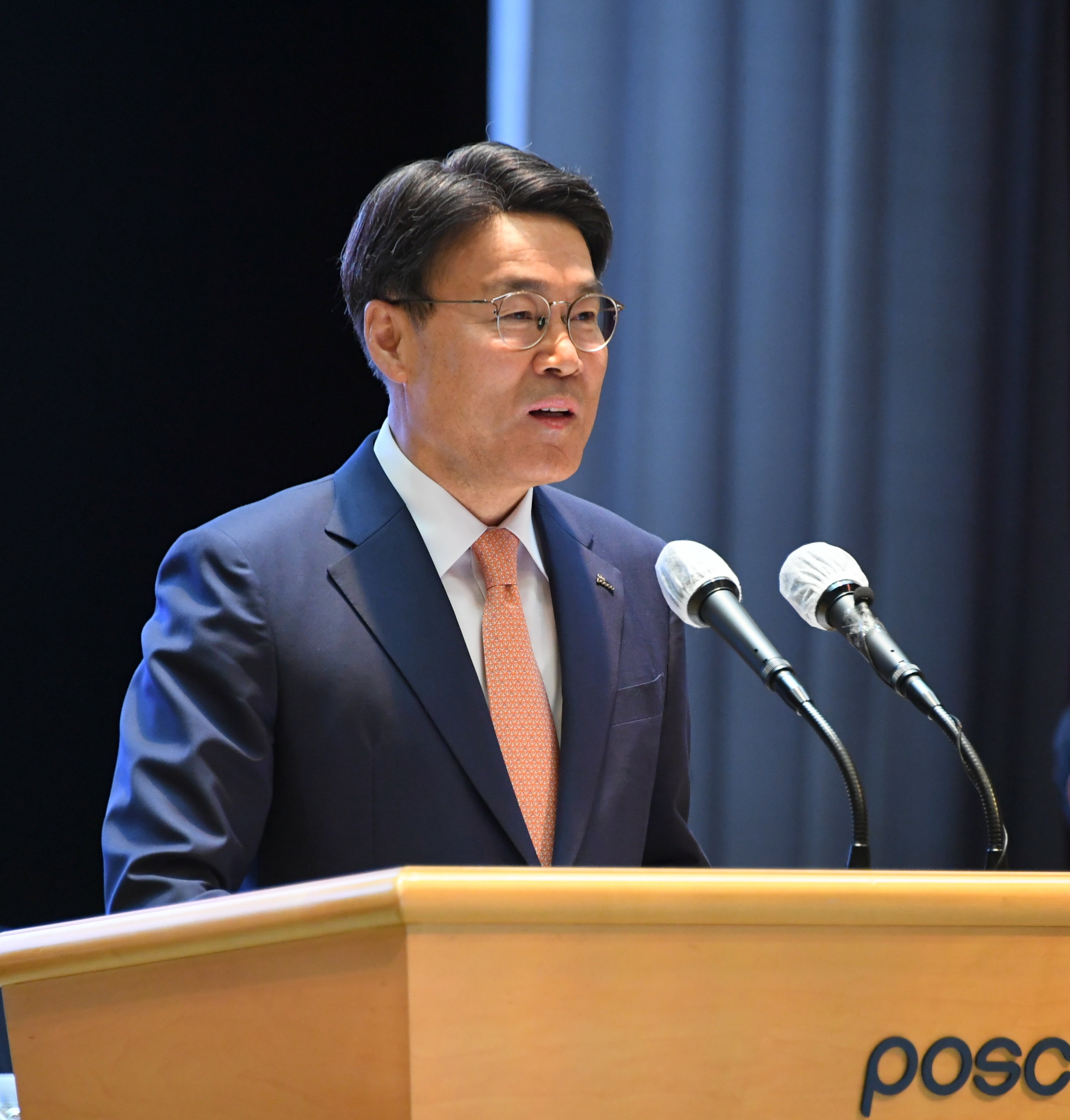 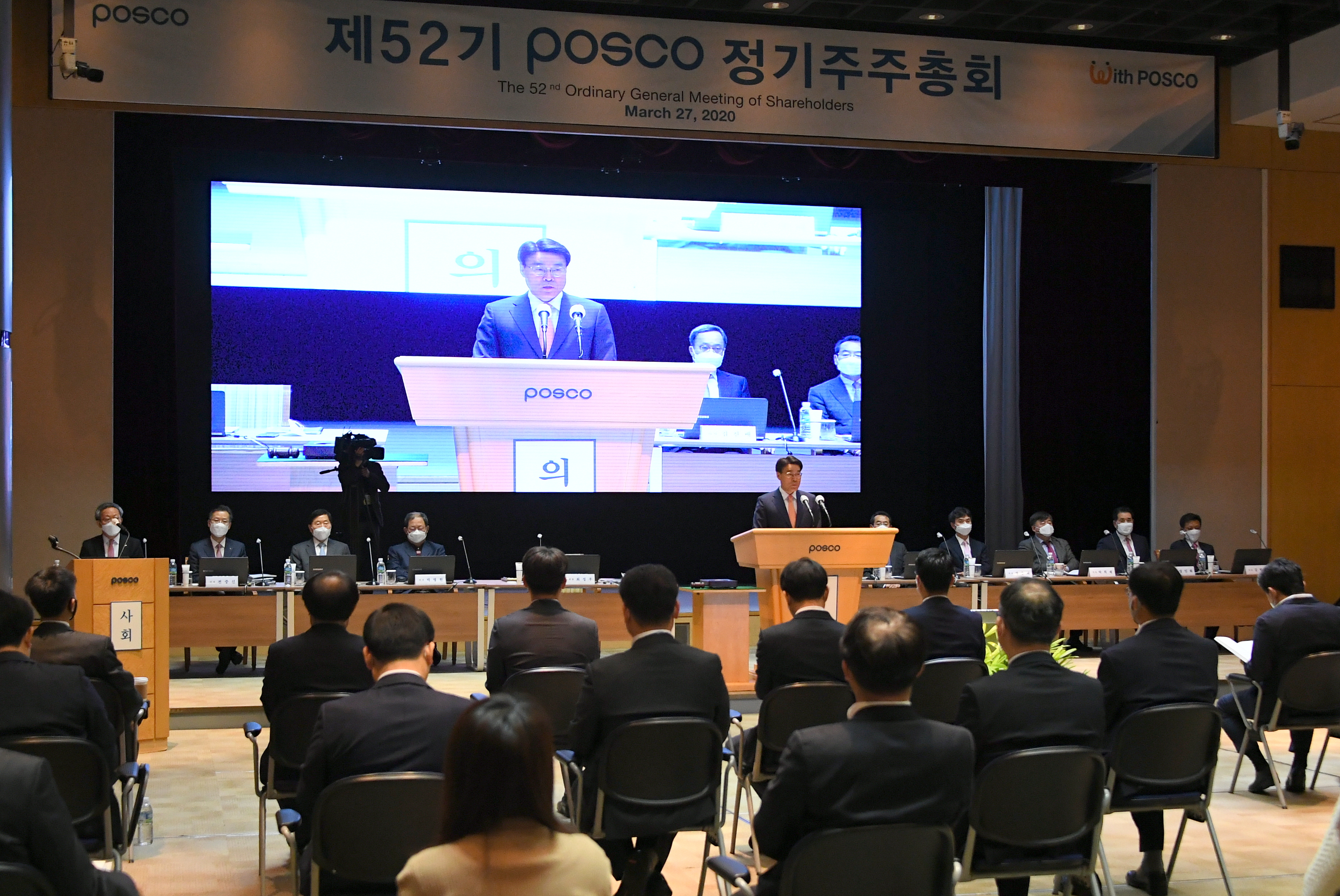 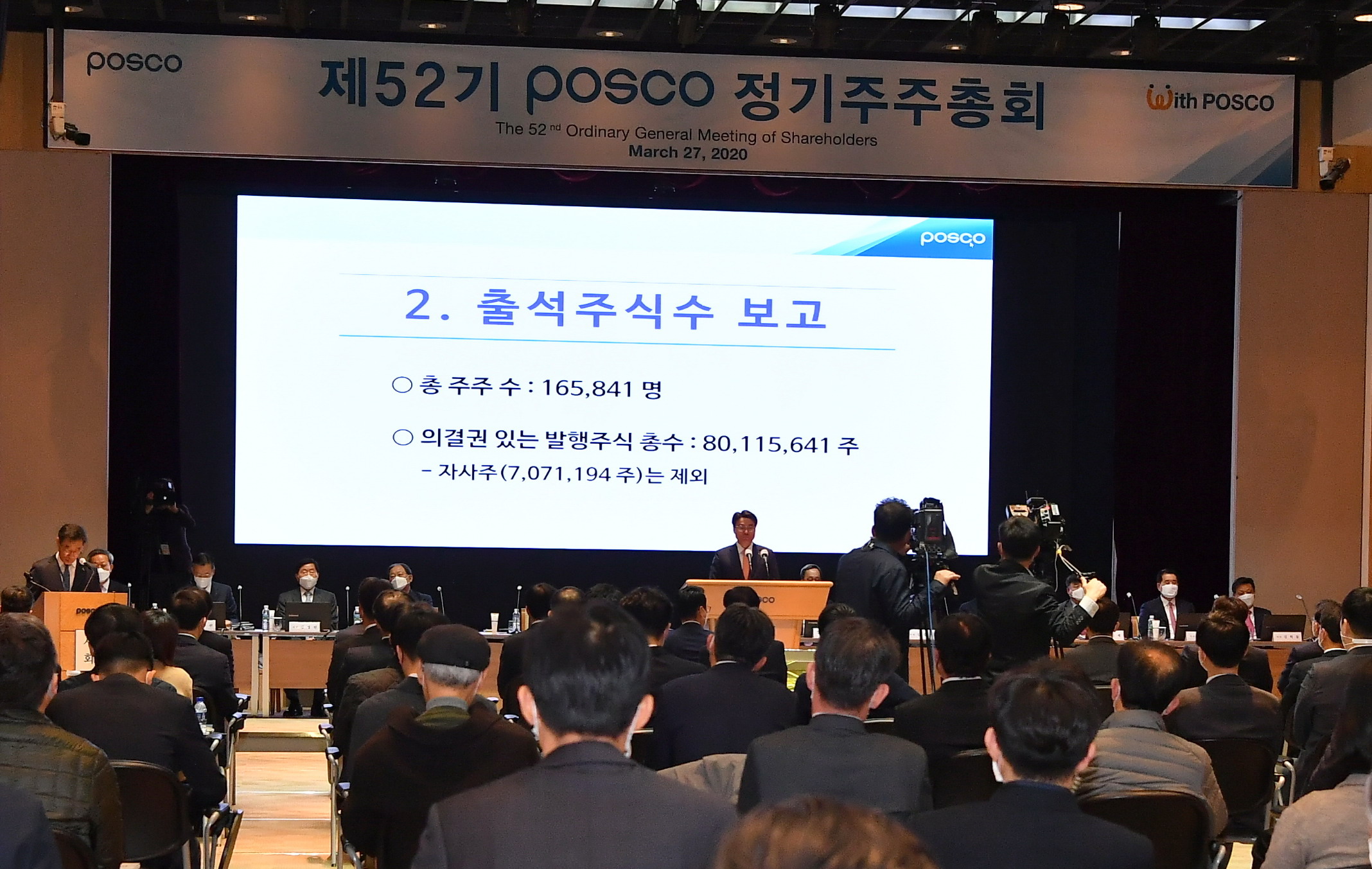