On June 9, 1973, at precisely 7:30 a.m., golden molten iron poured out of the tap of the Pohang No. 1 blast furnace – for the first time. Since that moment POSCO’s blast furnaces have been working tirelessly to produce steel, now at one billion tons.

Through constant technology development and facility calibration, the second half of one billion tons was achieved in just 14 years – the first half took 32 years.

The one billion POSCO could have become a myth had the company slowed down its expansion during the early days. POSCO didn’t – the company’s proactive strategy targeting the global market ultimately bore fruit. 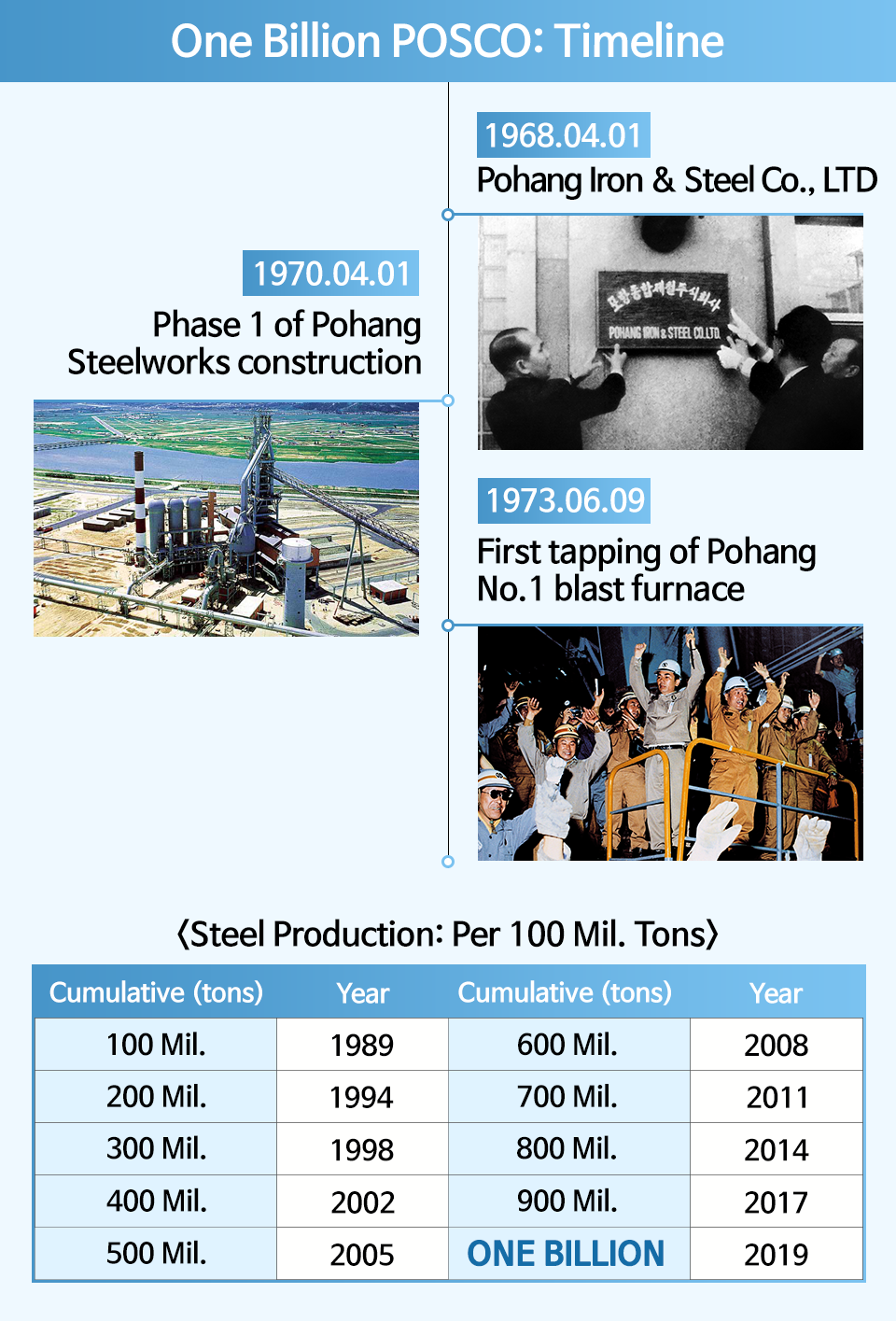 As a single steelworks, POSCO’s Gwangyang and Pohang Steelworks is currently the world’s No. 1 and No. 2, respectively. Together, they supply high-quality steel products to domestic and overseas core industries such as high-strength steel for automotive exterior, alloy steel for solar structures, cryogenic high manganese steel, and 9% nickel steel for pressure vessels.

In addition to its top-quality steel products, POSCO provides solutions to optimize the application of the company’s steel products, such as welding and engineering. With its product-technology combo, the company contributed to creating some of Korea’s top landmarks like Incheon International Airport, Lotte World Tower, Incheon Bridge, and large container ships of over 23,000 TEU.

*TEU: Twenty-foot Equivalent Unit is an inexact unit of cargo capacity often used to describe the capacity of container ships and container terminals.

Meanwhile, POSCO has been topping the global ranking for WSD’s ‘World’s Most Competitive Steel Company’ for 10 consecutive years. POSCO’s cost-saving efforts and endless innovation, and sales expansion for the high value-added products all led to world-class competitiveness. Furthermore, POSCO’s establishment of smart factories tailored to the steel industry needs led to a prestigious global recognition as the ‘lighthouse factory’ by the World Economic Forum. The award which designates POSCO as the future of the global manufacturing industry is the first award of its kind for a Korean company. 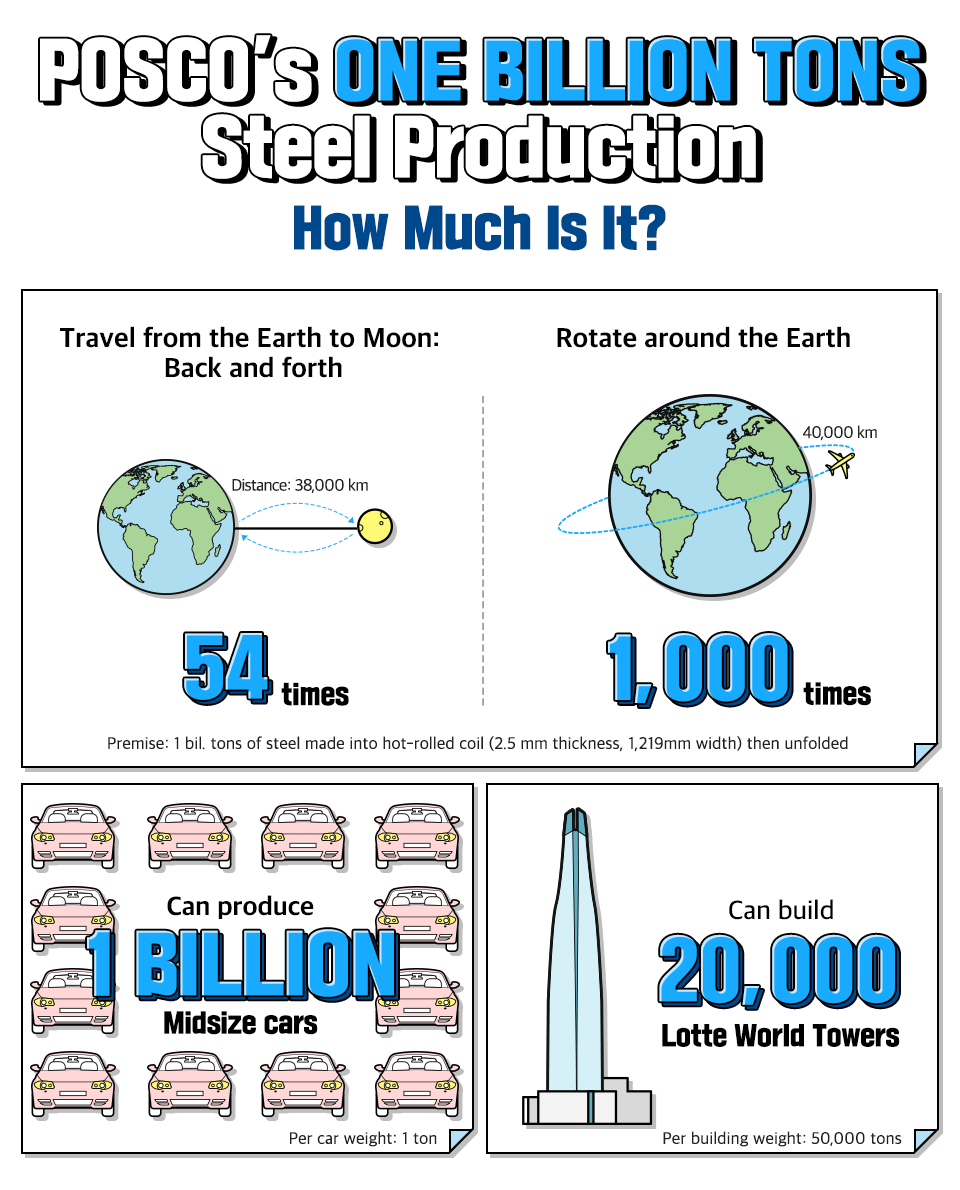