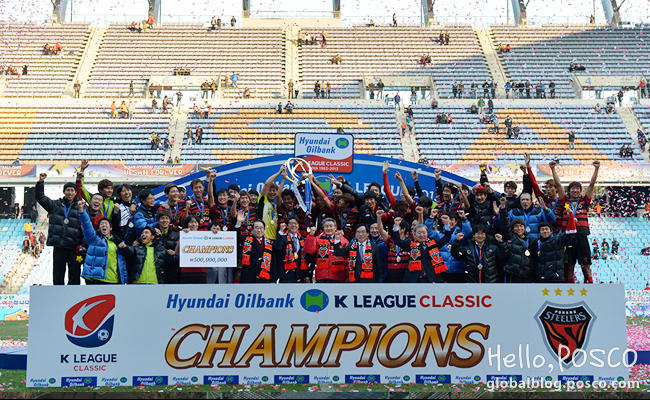 This game ended in the most dramatic way possible; the match-winning goal was made at the final moment, after 94 tense minutes. At two points ahead, all Ulsan needed to claim the crown was a draw, while Pohang had to win the game to claim the title.

Pohang seized move through a free kick in the last minute before the final whistle. From amid a tightly packed penalty area, Pohang Steeler’s Kim Won-il managed to turn the game around with a decisive goal. 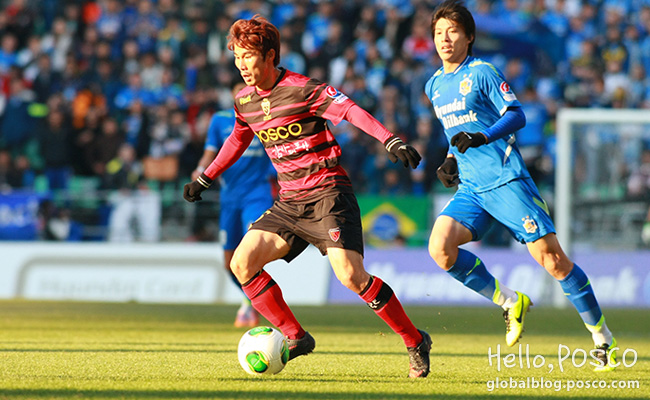 The Pohang Steelers also became the first to set the record of a double victory in Korean pro football history. They  recaptured the K-League championship following their last title in 2007 , 6 years ago. This, combined with their victory in the FA Cup in October 2013, made for a monumental record to celebrate the team’s  40th anniversary.

For the FA Cup final, over 3500 supporters packed into the stadium acting as passionate as they do when supporting on the home side. Backed by solid POSCO support, which has made efforts for long-term Korean football development, together with loyalty from Pohang residents and fans, the Pohang Steelers sealed their position as a football club of presitge, claiming both the FA Cup and K-League titles at the same time. 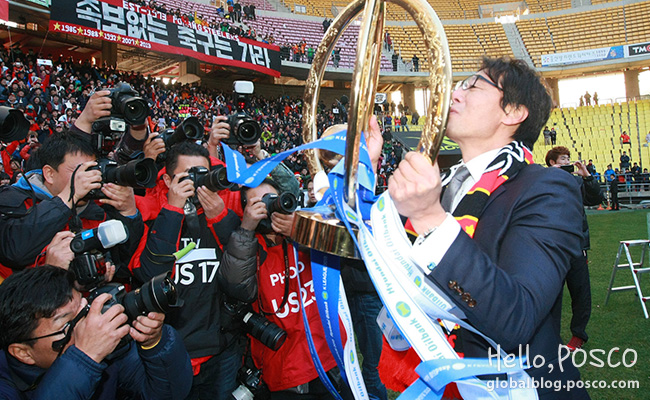 The Pohang Steelers will continue to move forward to attain the AFC Champions League title in 2014, following their win in 2009. 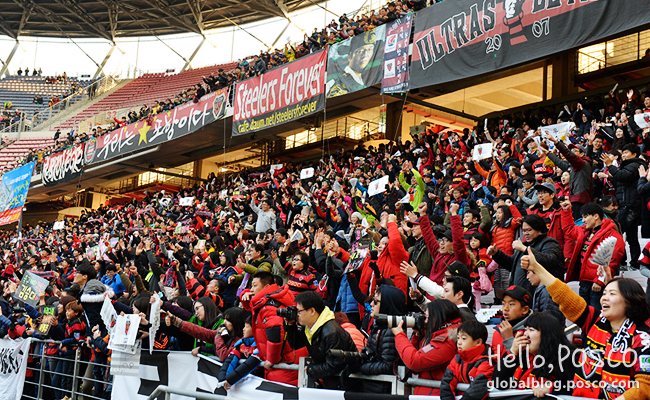