The Forgotten Fleet: Looking Back on Early Electric Vehicles for a Better Future

People have a hard time imagining a world where the majority of people drive electric vehicles (EVs). However, in 1912, there were more than 30,000 EVs on US roads, and by 1917, EVs could go 100 miles on a single charge. Shortly after, EVs couldn’t compete with gasoline cars and seemed to disappear altogether.

So, what happened to the EVs of the past, and how can the world prevent them from going the way of the dodo bird for yet a second time in history?

The Golden Age of Electric Vehicles

The first EV hybrid car was made in 1901 by Ferdinand Porsche, and by 1917, 38 percent of the cars on US roads were EVs, 40 percent were steam-powered cars and the remaining 22 percent were gasoline-fueled. 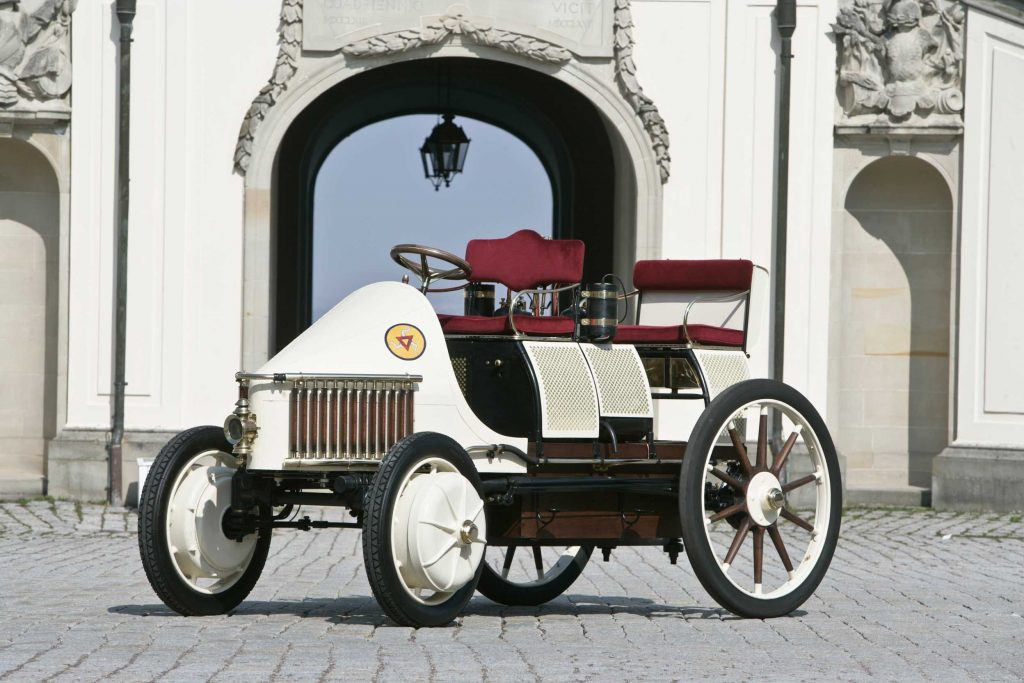 At the time, horse-drawn carriages were the norm, and people were desperate to solve the “pollution problem,” meaning pollution in the form of horse droppings. Even then, EVs were seen as the solution for a clean environment, and from 1895 to 1920, 50 companies were producing EVs. However, gasoline-powered vehicles were also a viable option and increased in number along with EVs as more highways were built and people and goods started to travel greater distances. 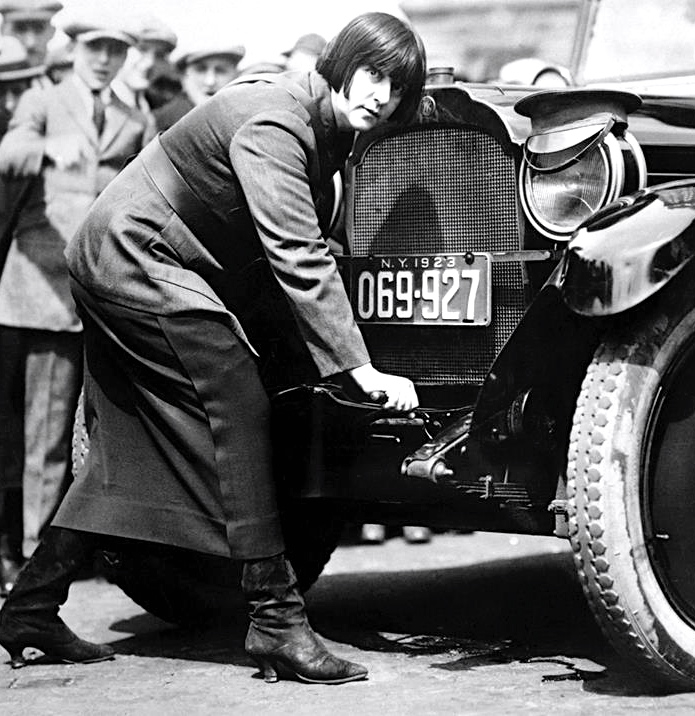 A woman cranks her car on the streets of New York in 1923. (Source: Pinterest)

EVs had an initial advantage over gasoline cars for several reasons. They were more environmentally friendly, or the exhaust didn’t give off an awful smell, were less noisy and easier to drive. The shortcomings of gasoline cars also played a factor. Gasoline cars had to be started manually, or “cranked,” every time, making them laborsome and even dangerous to drive. Although they had better range, gasoline cars also broke down more often. The tables quickly turned.

The Rise of Gasoline and Ford

The company that led the rise and dominance of gasoline cars was Ford and its Model T vehicles that sold for USD 650 versus EVs that sold for around USD 3000. When Ford mastered mass production with assembly lines, the company turned out 1,670,000 vehicles in 1923. 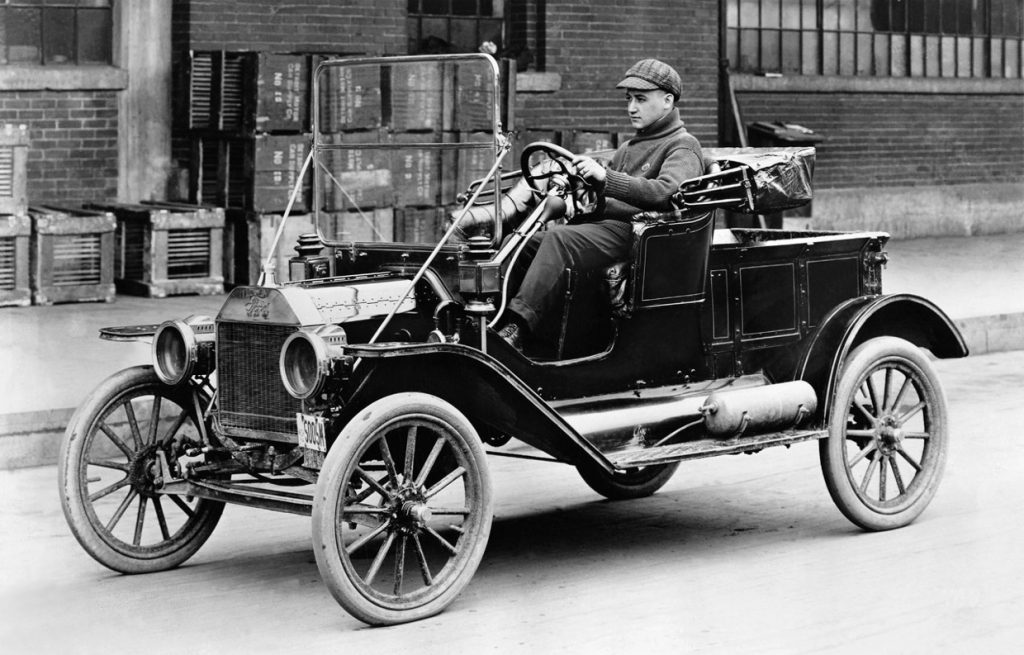 Another key turning point for gasoline cars was when Charles Kettering invented the electric ignition in 1915. Drivers no longer had to start their cars manually, one of the reasons gasoline cars were not popular, especially among women.

As more highways were built, there was a demand for greater range that EVs just could not meet, especially when gas stations were cheaper to build than charging stations. Plus, there was no standardized plug for different EV models. Later on, when gasoline cars came equipped with exhaust-control devices that reduced the amount of harmful emissions, people were sold and EVs could no longer compete. EVs made a short resurgence back in the 1970s due to the global oil crisis, but by the 1980s, EVs were almost obsolete.

Back to the Future

Today, it seems as if history is repeating itself. There is a sense of urgency worldwide to tackle the pollution problem – except this time it’s not horse droppings.

In ten years between 2005 and 2015, the number of EVs went from hundreds to a million. Then, in 2016, there was a 60 percent increase in the global number of EVs, and the numbers are projected to grow exponentially. Many countries are backing the switch to electric fuel through tighter regulations on emissions and even completely banning gasoline and/or diesel cars. 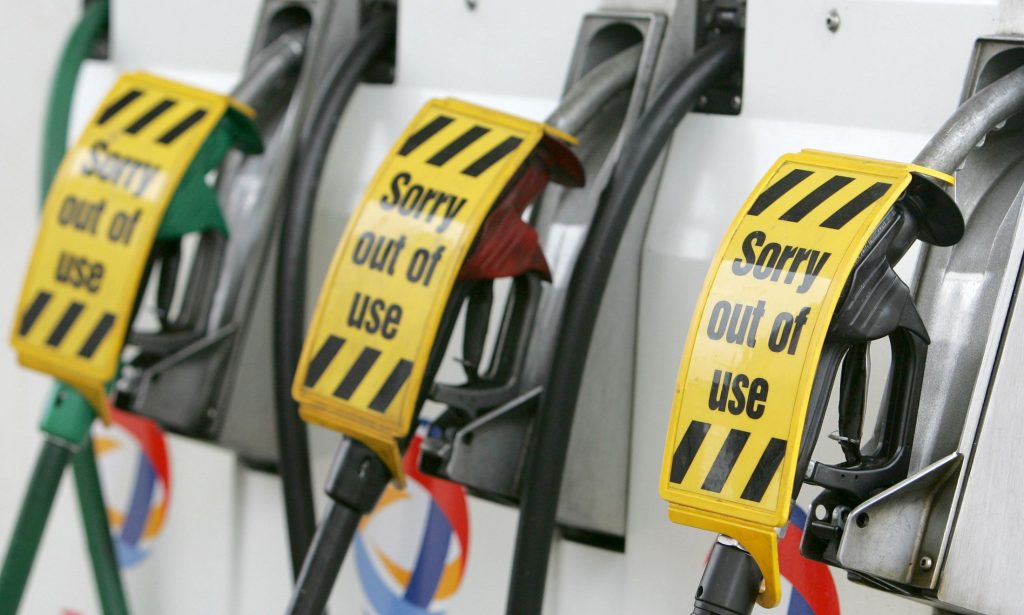 Many countries around the world are now banning gasoline and diesel-fueled cars. (Source: Quartz)

Despite the rapid growth, EVs still make up just 1 percent of the global fleet of cars. According to the International Energy Agency (IEA), there need to be 150 million EVs by 2030 and 1 billion by 2050 to contain global warming within 2 degrees Celsius.

For widespread EV adoption, manufacturers, suppliers and policymakers alike can pick up some hints from the past.

EV manufacturers of the past and present have not found a cure for drivers’ range anxiety. It’s a scenario that likely crosses the mind of any driver considering an EV; running out of juice with no charging station in sight.

A study by MIT shows that range anxiety is irrational because most people drive just 45 miles a day, well under the range of today’s EVs. 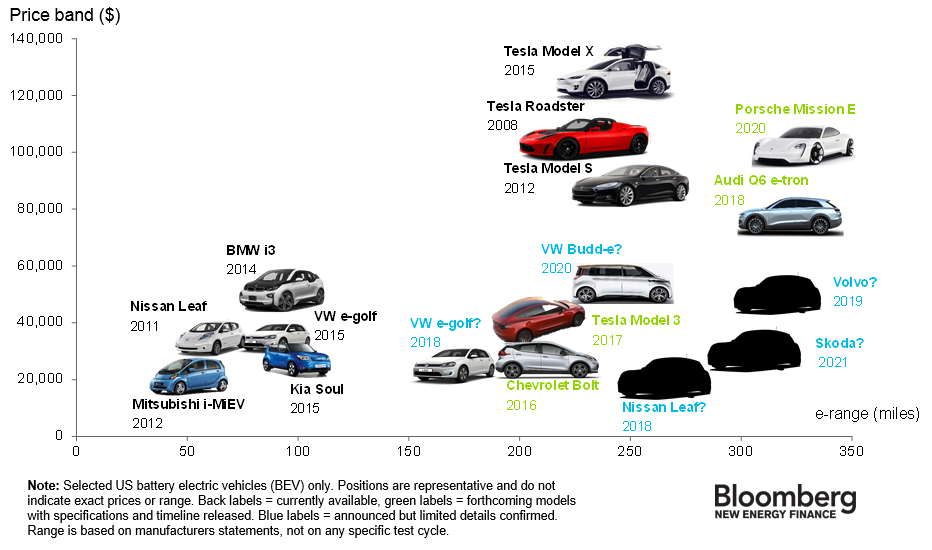 A well-organized charging infrastructure is vital not only for drivers with range anxiety, but also for car companies and those in the charging business. Charging equipment is costly and stakeholders need to know there will be enough demand to make a return on their investment, but drivers are more likely to make the switch after a charging ecosystem matures. The dilemma calls for a collaborative effort among automakers, policymakers and companies like POSCO.

POSCO ICT is an IT and engineering company looking to relieve range anxiety and take a holistic approach to establishing a charging infrastructure in Korea for a greener future. In partnership with various automakers, businesses and the government, POSCO ICT set up more than 300 charging stations in Korea and oversees many more private charging stations within its network. 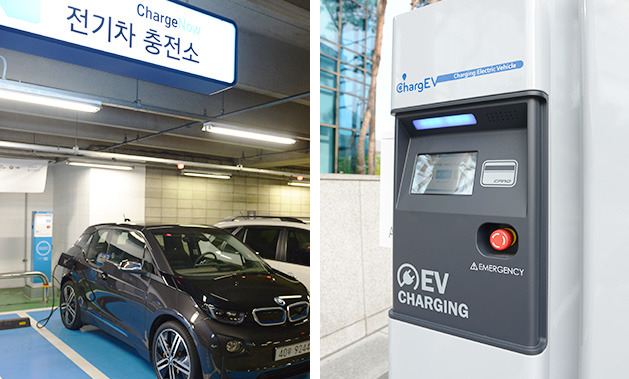 There are over 300 POSCO ICT ChargEV stations in Korea. (Source: POSCO ICT)

The charging ecosystem is run through an app called ChargEV where drivers can sign up to get real-time information about charging locations, make reservations and even pay for charges. ChargEV is also a platform for customer support and reporting accidents. In addition, partner companies such as shopping centers and hotels that are now equipped with charging stations stand to benefit from the EV network.

EVs are, once again, a major disruptive factor in the automotive market and the future of private transportation. This time around, the stakes are much higher than pungent streets. As more countries and companies commit to reducing harmful emissions, the number of EVs will likely continue to spike. However, if stakeholders can learn a thing or two from the past, it’s that establishing a holistic charging ecosystem will have as much of an impact on EV adoption as the technological advancements of the vehicles themselves.