Chosen as ‘CEO of the Year’ in steel, metal, and mining industries at the Awards held by S&P Global Commodity Insight on October 27 in London

CEO Jeong-woo Choi said, “Winning CEO of the Year was attained by the commitment of all employees and executives of the POSCO Group.”

Remarkable achievement of winning four awards: CEO of the Year Award, Metals Company of the Year, Industry Leadership: Steel, and Deal of the Year.

Jeong-woo Choi, POSCO Group CEO, was chosen as CEO of the Year in the 10th Global Metals Awards held by S&P Global Commodity Insight on Oct. 27 in London, UK.

S&P Global Commodity Insights is the largest information analysis agency in steel, raw materials and energy. Since 2013, it has honored businesses and individuals for outstanding achievements across the entire global metal and mining sector, including steel, nonferrous metals, rare metals, and aluminum. Awards are given in 17 categories: CEO of the Year, Metals Company of the Year, and excellent companies by field.

Jeong-woo Choi, the Group CEO, said, “Founded in a small village in Pohang in 1968, POSCO has now grown into one of the most competitive steelmakers in the world today.” He added, “This year, we have converted to a holding company, aiming to be a green materials and energy business. I believe that winning CEO of the Year was attained by the commitment of all employees and executives of the POSCO Group. I want to share the honor of this award with all of them.”

Since his inauguration, CEO Choi has been praised for converting POSCO into a holding company to innovate management structure, lead the group’s core new growth business, and implement strategic investments, in addition to achieving the highest performance since the company’s foundation.

Moreover, by consistently implementing the corporate citizen management initiative announced with his inauguration in 2018, CEO Choi helped the organization become a leading ESG firm and enabled the Group’s credit rating to jump from BBB+ to A-. In addition, his leadership was widely recognized in the global market when he was chosen as chairman of the World Steel Association.

For this, CEO Choi garnered attention for his managerial skills on a global basis and was chosen as CEO of the year for the first time in East Asia, a title reserved only for CEOs of American and European steelmakers.

With 12 candidates, the competition for CEO of the Year was particularly fierce this year. On the shortlist were CEOs of Roy Harvey of Alcoa, a U.S. aluminum manufacturer, Gustavo Werneck of Gerdau, a Brazilian steelmaker, and Georgina Rinehart of Hancock & Roy Hill, an Australian mining group.

The POSCO Group also received four honors in the categories of CEO of the Year, Metals Company of the Year, Industry Leadership: Steel, and Deal of the Year.

The title of Metals Company of the Year is the most prestigious of all, given to a company that has proven superior performance in the steel, metal, and mining industries. POSCO Holdings received it in that it has demonstrated leadership as a representative company in environmentally friendly green materials and energy beyond steel by setting clear goals for carbon neutrality despite challenging business conditions such as the pandemic, global protectionism, and supply chain risk.

Meanwhile, CEO Choi was chosen to serve as the World Steel Association’s 44th chairman during its general meeting on October 18. For the upcoming year, he will co-head the global steel industry with vice chair Sajjan Jindal, chairman of Jindal Steel Works Limited (JSW), and president Leon Topalian of Nucor, a U.S. company. 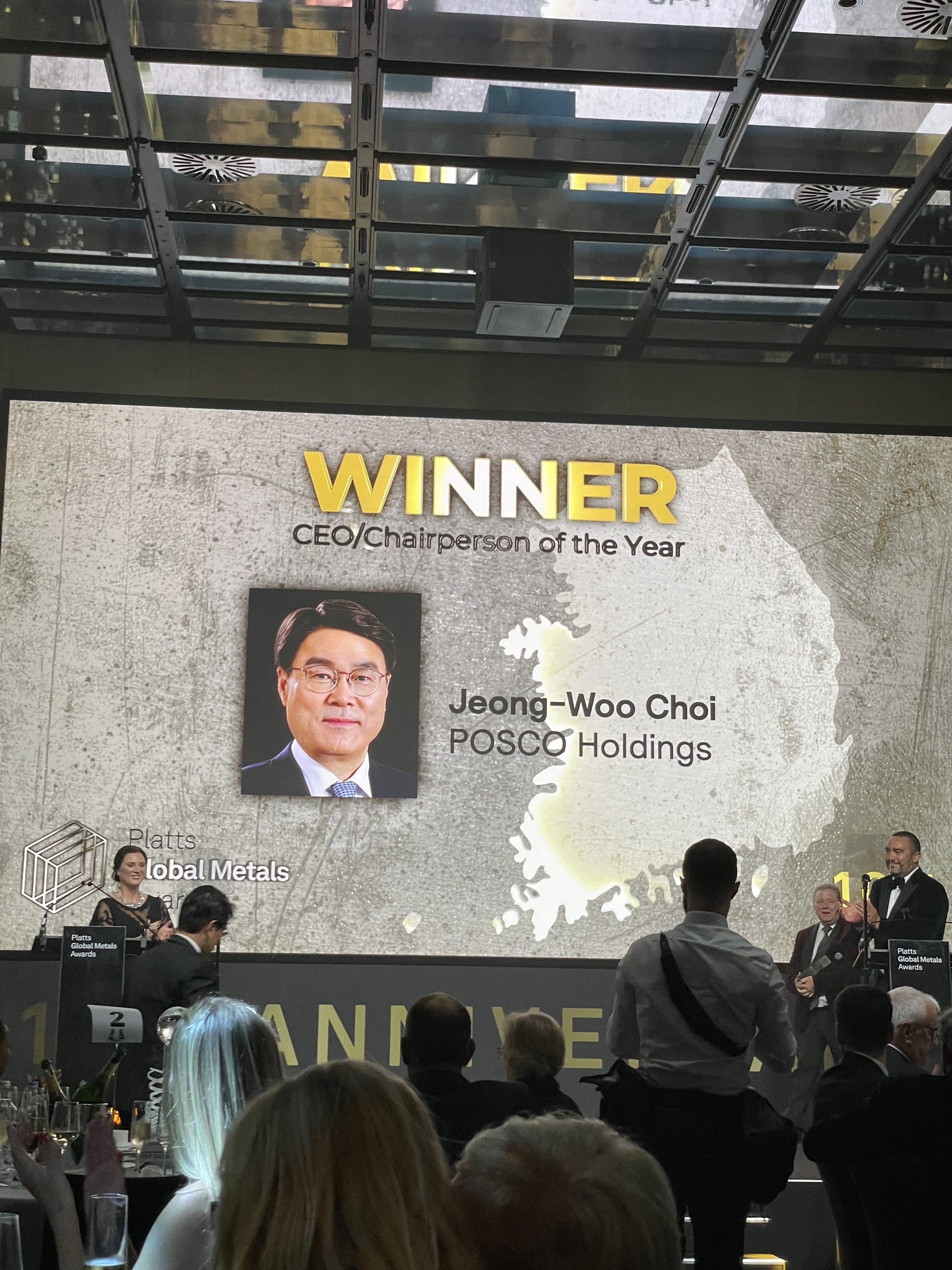 ▲ Jeong-woo Choi, CEO of POSCO Group, is given the CEO of the Year Award. 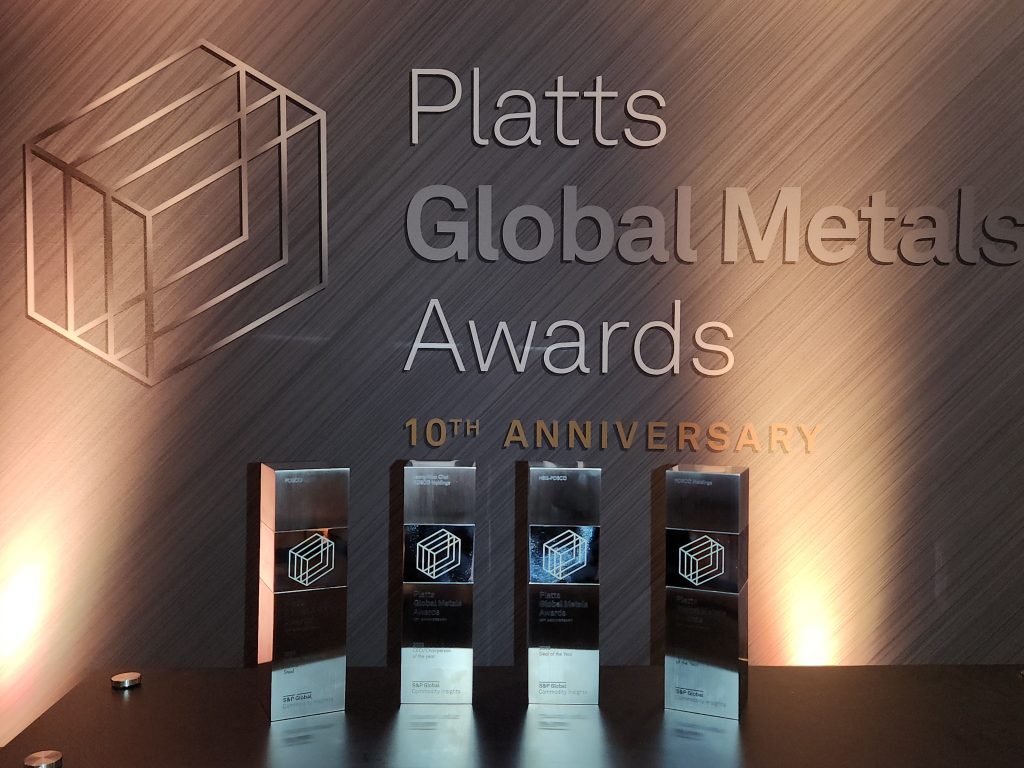