[INNOVILT Fantasia] #2 Danam Tower, One of the First High-rise Buildings in Korea 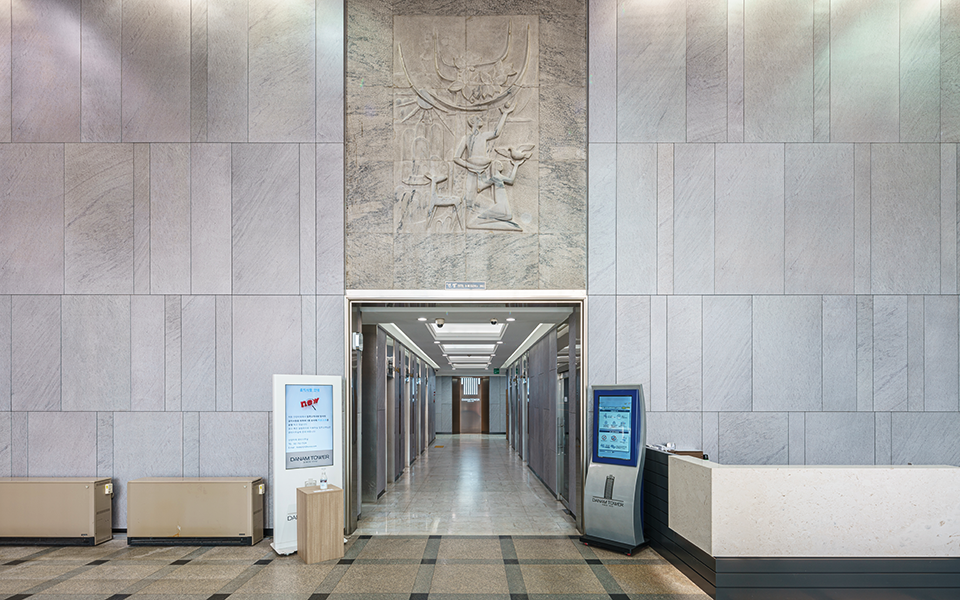 A Historical Building Designed by Chung-Up Kim, a Pioneer of Modern Architecture

Namdaemun has always been a landmark of Seoul, no matter how many new modern skyscrapers are erected in the city. Namdaemun is a special place since it has its own history and memories that aren’t found in newly built buildings. This place serves as a setting in many Korean novels showing that it’s a real symbol of the capital of Korea. The Namdaemun-ro, a street that connects Seoul Station, Shinsegae Department Store, and Myeongdong Cathedral, was the socio-cultural center of modern and contemporary Seoul.

There is one building that has been standing in this symbolic place for a long time — it’s the Danam Tower. Danam Tower (formerly Tokyu Hotel) was designed by Chung-Up Kim, a master of Korean modern architecture. It is a high-rise building situated right next to Namdaemun, on the foot of Namdaemun-ro that leads to Namsan Mountain. 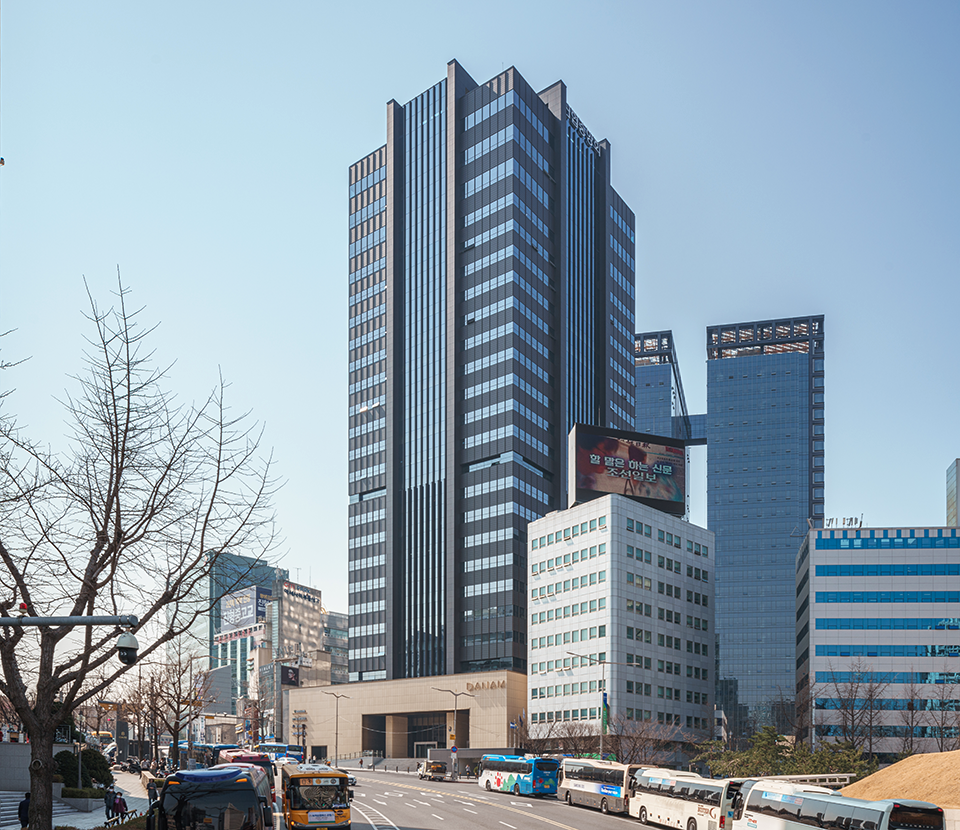 Born in Pyongyang in 1922, Chung-Up Kim studied architecture at Yokohama National University in Japan and left for Paris to work for Le Corbusier. On returning to Seoul in 1956, Kim opened his own architecture office and designed the French Embassy and the main building of Pusan National University (currently the Humanities Building). Chung-Up Kim has been known for his outstanding sculptures and also as a pioneer in Korean architecture. Though it is not well known, Kim designed many buildings in downtown Seoul, including the headquarters of Industrial Bank of Korea, the Rehabilitation Protection Center (currently Anguk Building), and the 31 Building, thus, opening the era of high-rise buildings in Korea. Many broadcasting stations and art centers in provincial cities are also works of Kim.

Danam Tower was designed by Chung-Up Kim in 1968 and constructed by Hyundai Engineering & Construction. It was open for business in 1971. Since Danam Tower was built as a hotel and used for a long time, some people in Namdaemun Market still call it the Tokyu Hotel.

In 1962, the Korean government established the International Tourism Organization (currently the Korea Tourism Organization) and stepped forward to streamline the management of hotels. In the 1970s, the tourism industry became the core national strategic industry, and several measures were taken to promote the hotel business, some of them including funds for hotel management, reduced electricity & entertainment tax, and simplified licensing procedures.

At the time when the domestic capital base wasn’t abundant, direct foreign investments were active to attract foreign capital. The Tokyu Hotel was also constructed in this manner — as a joint venture between Korea’s Danam Industry and Japan’s Tokyu Railways Company, Ltd. At first, the building wasn’t well-received by the public because it was a first high-rise building constructed right next to Namdaemun, the National Treasure of South Korea. After being operated as a hotel for about 12 years, the building was renamed Danam Tower and has been used as an office space rental building. 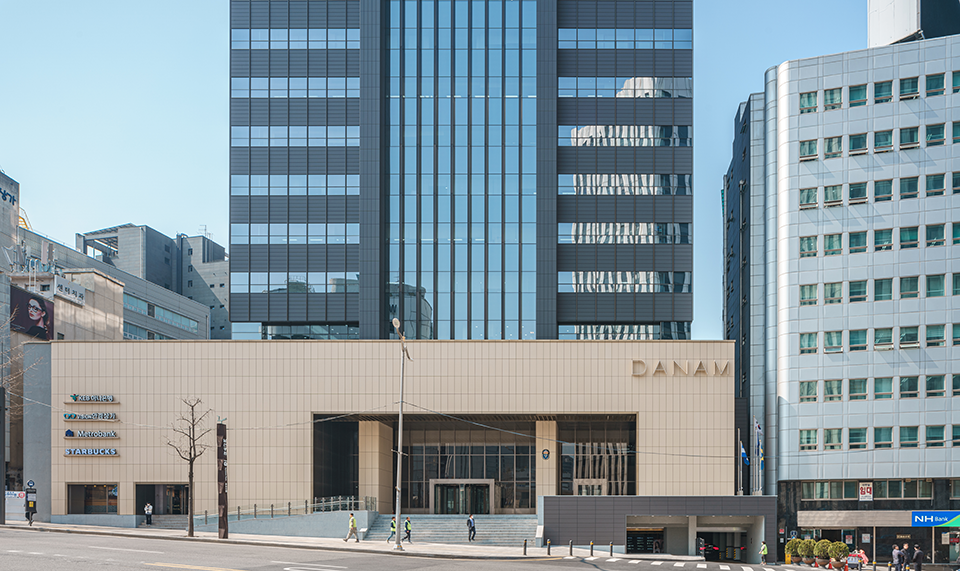 There are two revolving doors at the entrance of the Danam Tower that features a magnificent cantilever canopy extending all the way to the sidewalk and a wide staircase below. The building has a rather simple space arrangement — with Starbucks and an optical store located on the first floor, and identical office spaces from the second to the 26th. In the initial design, Chung-Up Kim came up with a cantilever structure that would support the entire 89-meter building with just two columns but with the construction technology of the time, realizing it was a nearly impossible task. Hence, the plan was modified to place eight columns, two on each side, giving the bland square building a more impressive design. The center of the square plane features seven elevators, staircases, restrooms, and ducts. The interior of the office spaces is vast, with no columns or walls, as the exterior columns are supporting the entire structure. Glass windows are everywhere, providing a panoramic view of Seoul Station, Myeongdong, Inwangsan Mountain, and Bukhansan Mountain.

In 2018, the Danam Tower underwent large-scale remodeling. Deteriorated parts were renovated and the outer wall, which had been finished with ivory-colored exposed concrete, were covered with black terracotta panels, glass, and aluminum sheets. The lobby, which is considered the ‘face’ of a building, took on a new look as well. The former lobby, where an old chandelier hung on the curved ceiling, was reborn with a straightforward and sleek-looking appearance. Selecting the materials for the renovation was an important task, considering that the building was a historical one, and after careful reflection, PosART interior materials with Basaltina prints were selected for the walls. PosART is a new construction material that POSCO C&C has successfully commercialized for the first time. Inkjet printing technology on POSCO steel becomes PosART, and the material used here was specifically PosART Marble. It embodies the texture and looks of natural marble while providing easier construction and renovation at a lower cost. Radon, which is a defect found on synthetic marble, isn’t a problem here, and another feature is that it is a sustainable material, therefore eco-friendly. Also, PosART enables custom printing without additional molds for creating patterns or processing.

Although the material is still unfamiliar to architects as of present, it is expected to serve as an appropriate alternative to conventional construction materials, excelling in both functional and aesthetic features. In the case of Danam Tower, a dry construction method was applied, leaving the existing marble tiles as they are and installing an anchor on top to attach the PosART. In this way, there was no need to demolish the walls of the main building, therefore making the construction easier and shortening the period. 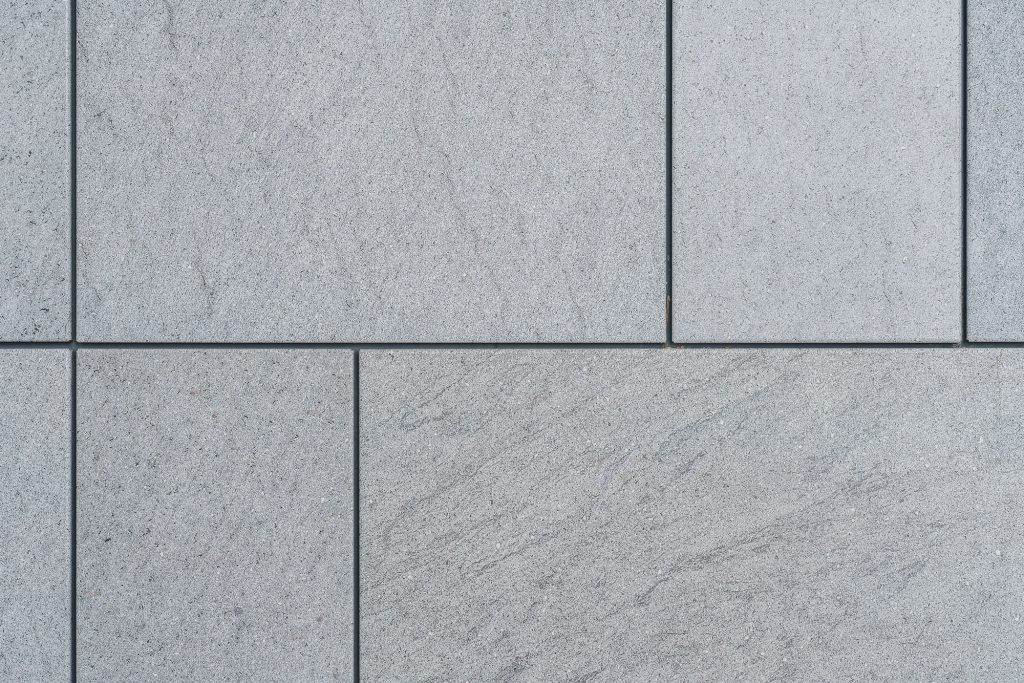 A cornerstone reading, “Placed on May 15, 1968,” can be seen when you come outside the building. The tower’s official logo is an abstract image of the building itself with “since 1970” written underneath. An architectural model created at the time of the building’s completion is displayed on one side of the lobby. The blueprint is preserved as well. All of these exhibit how much pride and affection the owner has for the building. Apparently, an employee who joined the Tokyu Hotel as a concierge is still working here as a parking management employee. There might be mixed evaluations following the remodeling plan, which is a complete transformation from its former structure. However, one thing is for sure — the building has become much cleaner and safer. Let’s hope that the now-sophisticated historic and iconic building will remain in its place for a long, long time.