How POSCO Became POSCO the Great 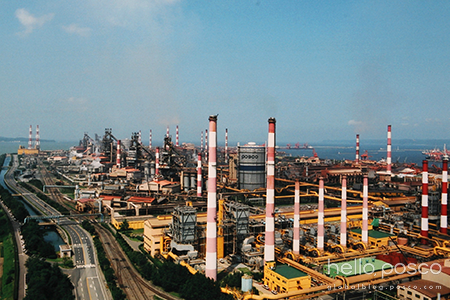 The discovery of steel rapidly propelled urbanization and industrialization around the world. Just as steel played a fundamental role in the development of civilization and societies, POSCO was integral in rebuilding Korea’s post-war economy.
In the 1960s, the Korean government came to the conclusion that it needed to be self-sufficient in steel production and that the construction of an integrated steelworks was essential to economic development. The dream of establishing a steel industry in Korea began to unfold with plans to construct a general steelworks. Despite starting with no capital, technology or experience, Pohang Iron and Steel Co., Ltd was founded on April 1, 1968. 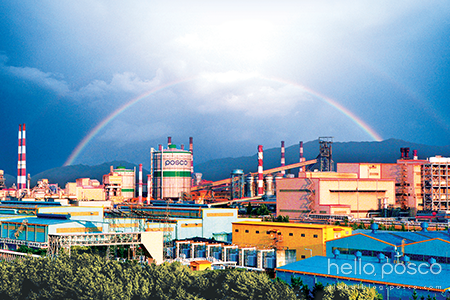 As Korea opened its first modern steel plant, many foreign and domestic businesses remained skeptical of Seoul’s large investment in developing its own industry domestically. Despite this, under the leadership of Park Taejoon, who was then President of Korea Tungsten Co., Ltd, POSCO was established as a joint venture between the Korean government and Korea Tungsten Co., Ltd. Production began in 1972, just four years after the company’s inauguration, with thirty-nine employees.
POSCO first sold plate products in 1972, focusing its sales domestically to improve steel self-sufficiency in Korea. It made special efforts to supply quality iron and steel at more affordable prices to strengthen competitiveness.
In 1980, POSCO produced 6.2 million tons of raw steel, recording a 13 percent increase over the previous year, and was one of the few companies to do so during a time of economic depression in Korea. Through domestic sales and exporting any over-produced products, POSCO came to be the most efficient global steel producer of certain steel products. 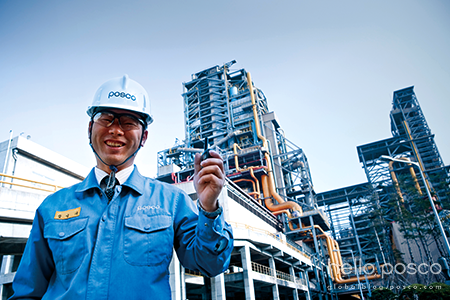 By the late 1980s, POSCO was the fifth biggest steel company in the world, with an annual production reaching nearly 12 million tons. POSCO continued to expand even as the steel industries of the U.S. and Japan were declining. Through the 1980s, POSCO was the world’s most productive steel manufacturer and also had the most advanced facilities.
POSCO helped revitalize the city of Pohang, which was previously a fishing port whose major industry was processing fish and marine products. It soon became a major industrial center with almost 520,000 people. As POSCO continued to grow, opportunities for companies that manufacture finished steel products from raw materials also grew.
In 1993, after the resignation of its founding president, POSCO changed its organizational structure. The new system emphasized flexibility, autonomy and a consensual decision-making process. It dissolved the strict hierarchy to create a team-focused culture.
In the year 2000, POSCO moved to privatization. As part of that process, POSCO introduced a new performance-based evaluation and compensation system, as well as a global standardization system. Thanks to robust demand at home and in China, POSCO recorded the largest profits in the global steel industry in 2004. Net earnings from POSCO’s steel products increased by 80 percent in 2004 from the previous year. 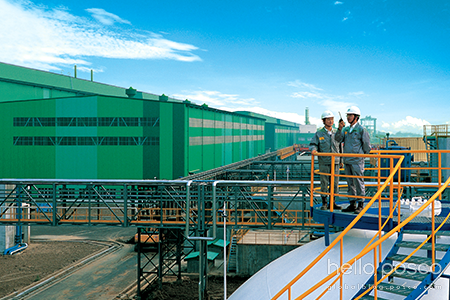 With the increased pressure of global competition, POSCO looked to China and India for new opportunities. In 2006, POSCO started operating Zhangjiagang Pohang Stainless Steel (ZPSS) steel mill, with an annual production capacity of 600,000 tons of stainless steel and hot-rolled products in China’s Jiangsu Province. POSCO became the first foreign firm operating an integrated stainless steel mill in China, handling the entire production process to finished products.
POSCO has also pursued investments in emerging countries such as India, Vietnam, Indonesia and Mexico. With these projects, POSCO hopes to improve the lives of people around the world by providing jobs and the materials to construct housing, waste management systems and more. 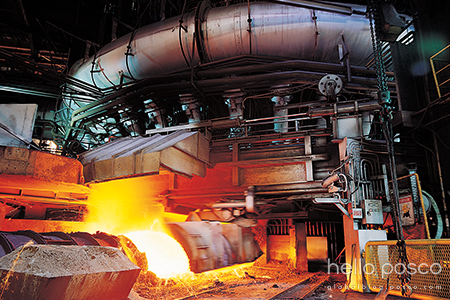 Since 1998, POSCO has led the world in crude steel production through its relentless efforts and fearless determination.
Starting from just a vision, POSCO has continued to strive for greatness with an enthusiastic spirit for overcoming challenges, leading Korea’s steel industry to this day. Now, POSCO is reinstating its mission to become POSCO the Great once again. POSCO continues to contribute to Korea’s economy and to the global economy.
With a philosophy of gaining respect through trust, POSCO aims to instill hope and make way for dreams by providing materials and energy in the most efficient way possible, and being a company that makes the world better.