Game Changers in Aviation that Will Empower the Way We Fly

With the International Civil Aviation Organisation calling on the aviation industry to reduce its carbon footprint, a host of aircraft manufacturers are turning to innovative and efficient solutions. Read on to find out about some of the most innovative aviation projects that recently took off in an effort to find greener and more efficient ways to fly.

With the rise of new technologies, innovative ideas in the aviation industry are taking off in an effort to streamline manufacturing processes and improve the aircraft performance. In 2016, Textron Aviation unveiled its new 10-person business aircraft, the Cessna Denali, powered by a propeller engine that consists of 3D-printed titanium and steel components.

The engine, which was developed by GE and Textron Aviation after a decade of research and development, features the benefits of a private jet but at an entry-level price. Engineers were able to reduce 855 separate parts down to just 12 components and also reduced the number of steps to make the engine.

There are numerous benefits that come with this 3D-printed engine. As 3D-printed parts and materials weigh significantly less than traditional parts, airline manufacturers can benefit from fuel-efficiency gains. The engine can burn up to 20 percent less fuel and achieve 10 percent more power compared to other engines of the same class. Also, the engine eliminates the risk of losses and leakage as the 3D-printed parts have no joints. A test flight is planned to take place in early 2018.

As major contributors of carbon emissions, more and more airlines are choosing to go cleaner and greener. In partnership with LanzaTech, Virgin Atlantic has derived 1,500 gallons of low carbon jet fuel from waste industrial gases from steel mills. The carbon used to make the fuel, Lanzanol, is made from ethanol, which is captured through a fermentation process during steel production. 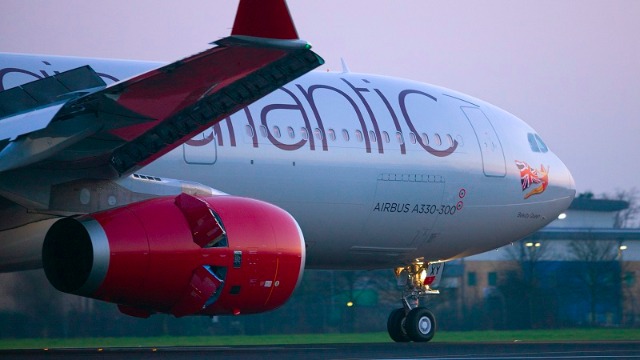 This innovative low carbon fuel project is expected to reduce the aviation industry’s reliance on oil. According to LanzaTech, the process could be retrofitted to 65 percent of the world’s steel mills, producing 30 billion gallons of ethanol worldwide. It will ultimately cut emissions by 65 percent compared to using standard petroleum-based fuel.

Dr Jennifer Holmgren, chief executive of LanzaTech, said “We can now truly imagine a world where a steel mill can not only produce the steel for the components of the plane but also recycle its gases to produce the fuel that powers the aircraft.”

Other airlines are also turning to greener solutions. While Airbus is collaborating with Siemens to introduce a range of hybrid passenger planes, Boeing is working with NASA to curb emissions through slimmed down aircraft wings.

Thanks to these innovative aviation projects taking off, commercial jets are becoming greener and more technologically advanced. If engineers can make 3D-printed parts to lightweight an engine and use waste from steel mills to fuel planes, one can only wonder what forthcoming innovations will further empower the aviation industry.