The Fuel of Tomorrow: Mining Lithium for Tomorrow’s Cars

The fate of widespread electric vehicle (EV) adoption lies in the car battery. So far, automakers have achieved a range of 100 to 300 miles on a single charge, but it’s still not enough to calm drivers’ range anxiety or compete with traditional fuel options. Ultimately, drivers want an affordable long-range EV with super fast charge, factors that are often at odds with each other.

Even though EVs make up about 1 percent of total new car sales in the U.S., EVs are on a steady, steep path upwards. According to a report by Bloomberg New Energy Finance, EVs will make up 54 percent of new car sales by 2040, and by 2029, EVs will be cheaper to buy than gasoline and diesel-fueled cars.

The figures are significant and will translate into a sharp increase in demand for rechargeable batteries and their materials.

The Evolution of EV Batteries

Before diving into the juicy details, it’s always helpful to cover the basics. Batteries are made up of 3 main components. The anode, or negative electrodes, the cathode, or positive electrodes and some type of electrolyte through which the electrodes travel to release chemical energy. 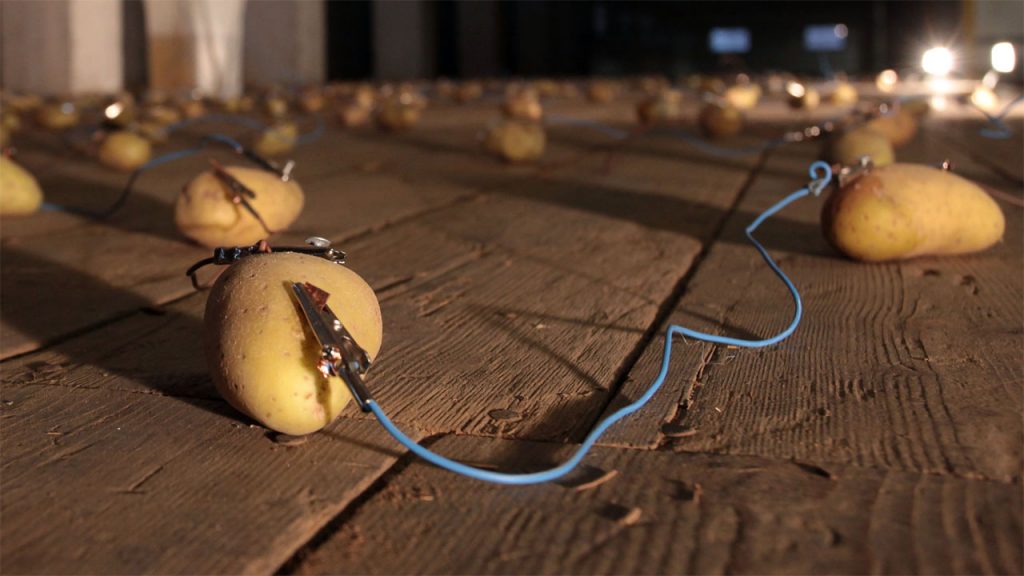 A simple battery can be made out of a potato, copper penny and galvanized nail. (Source: Tested)

The first rechargeable battery, lead-acid battery, was invented in 1859 by a physicist named Gaston Plante. Lead dioxide was the cathode material used, and lead was the anode material with a liquid solution of sulphuric acid and water as the electrolyte. The materials were affordable and the battery was applied to many early models of EVs, including early models of the Tesla Model S.

Another widely used battery that came after the lead-acid battery is the nickel-metal hydride (NiMH) battery developed at the Battelle-Geneva Research Center in 1967. Nickel hydroxide was used as the cathode material while a hydrogen-absorbing alloy was used as the anode material. A liquid solution served as electrolytes. The research for NiMH batteries was extensive, and funded jointly by Daimler-Benz and Volkswagen AG. The batteries were also applied to many EV models such as the Toyota Prius, prior to 2015.

The Advent of Lithium-Ion Batteries

The introduction of lithium-ion batteries was a game-changer. Sony first introduced them in 1991, and today, most EVs have them, including the Tesla Model 3. The batteries consist of lithium-cobalt oxide cathodes, graphite anodes and the electrolyte is usually a solution of lithium salt and an organic solvent, though some automakers are experimenting with solid-state electrolytes. 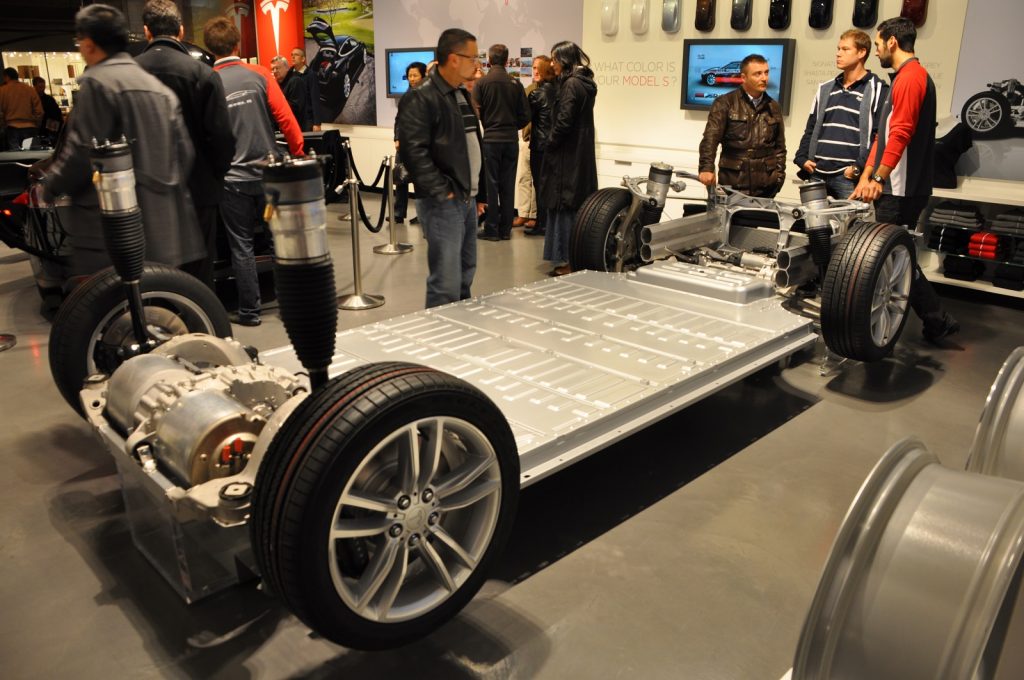 Compared to its predecessors, lithium-ion batteries have the highest amount of stored energy and specific power, which is kind of like horsepower for electric cars. As a result of improved technology and lower costs, lithium-ion batteries are projected to make up 70 percent of the total rechargeable battery market by 2025, which will be worth roughly USD 112 billion.

It is estimated that every 1 percent increase of EVs in the auto market will result in an additional 70,000 tons of lithium demand LCE per year.

In 2016, Australia topped the list for the most lithium produced with 14,300 metric tons. China and Zimbabwe are also top contenders producing 2000 and 900 metric tons in 2016, respectively. Then, there are the South American countries of Argentina, Chile, and Bolivia, also referred to as the “lithium triangle,” and home to 75 percent of the world’s lithium supply. 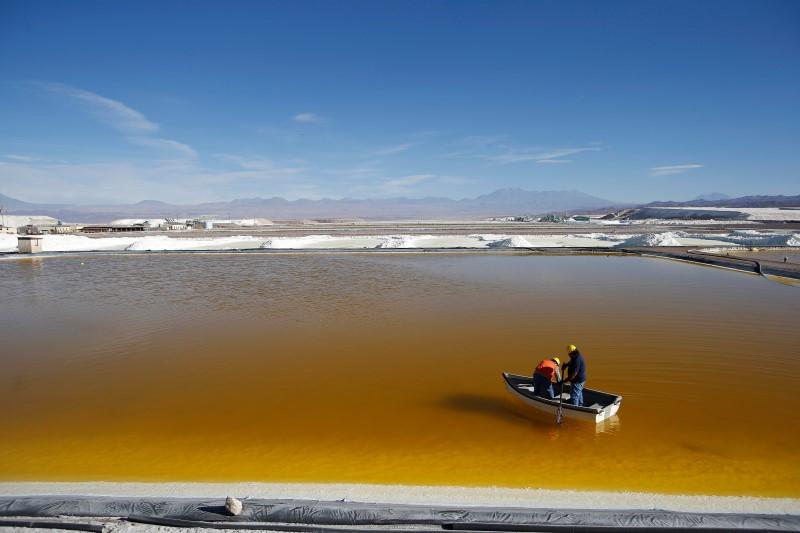 Workers at a brine pool at the Rockwood Lithium Plant on the Atacama salt flat. (Source: Reuters)

Does that mean the world has enough lithium to fuel the cars of tomorrow? The answer is yes, but there aren’t enough mines to produce them. In order to prevent environmental damage and the exploitation of unprotected workers, lithium producers have to get smart about lithium mining and production.

Starting in 2010, POSCO and the Research Institute of Industrial Science & Technology (RIST) teamed up to develop a chemically based lithium extraction technology. The innovation cut down extraction time from up to 18 months down to between 8 hours and 1 month, delivering a purity rate of 99.9 percent. The recovery rate of lithium also increased to over 80 percent. POSCO is the world’s first corporation to commercialize the technology.

The future of EVs is promising thanks to advancements being made in electric batteries, and there’s a lot at stake for the health and well being of future generations. Increasingly, the availability and costs of EV battery materials will play a vital role in market outcomes and widespread EV adoption. It is vital for companies like POSCO to provide abundant, sustainable and cost-friendly EV battery materials so automakers can continue to enhance the batteries of tomorrow’s cars.