From Wood to Steel: The Evolution of Chopsticks in Asia

Chopsticks have been the traditional kitchen and eating utensils in many parts of Asia for over six thousand years. Chopsticks were first used in China, then later spread to other countries, through cultural influence and immigration. By 500 AD, the use of chopsticks had spread to Japan, Korea, Taiwan, Singapore, Vietnam, Malaysia, Laos and Myanmar. Chopsticks are smooth and frequently tapered; they are commonly made of bamboo, plastic, wood or stainless steel. Less commonly, they can be made of gold, silver, porcelain, jade or ivory.

The earliest versions were probably twigs used to retrieve food from cooking pots. As resources became scarce, fuel was conserved by cutting food into small pieces that could be cooked quickly. This made knives at the table unnecessary. The first references of chopsticks in text appear around 250 BCE.

Considering the length of the ancient chopsticks, they were most likely used for cooking, stirring hot liquids and serving food, rather than as eating utensils. During the Ming Dynasty, they became popularized as eating utensils and took on their present shape.

Chopsticks are made from a variety of materials, such as bamboo, plastic, wood, bone, metal, jade, porcelain and ivory. 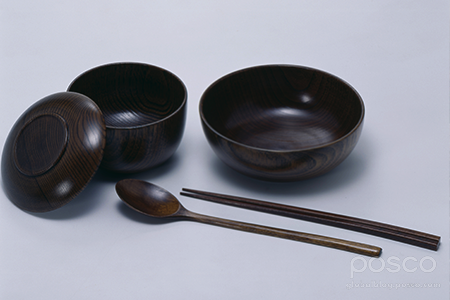 Bamboo and wood chopsticks are relatively inexpensive, do not transfer heat and provide easier gripping for picking up food. They are often lacquered for waterproofing to protect against warping. Almost all cooking and disposable chopsticks are made of bamboo or wood. 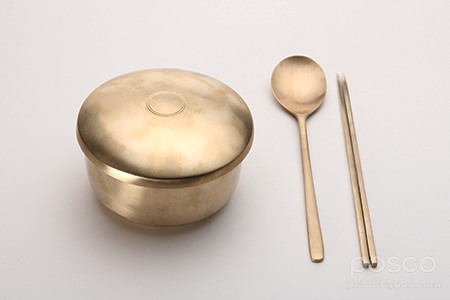 Metal, commonly stainless steel, chopsticks are durable and easy to clean, but metal is slippery and often come with grooved tips for easier gripping. Silver is still used among wealthy families, as well as silver-tipped wooden or bone chopsticks. Other materials such as ivory, jade, gold and silver are used for luxury. 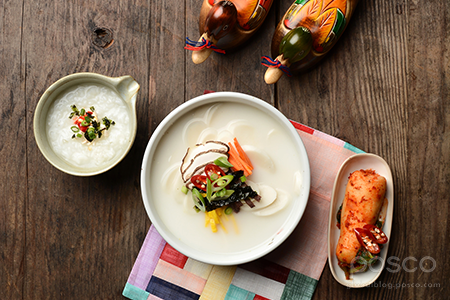 In China, chopsticks are typically longer and thicker, with squared or rounded sides and ending in either wide, blunt, flat tips or tapered pointed tips. Plastic or melamine varieties usually have blunt tips, whereas pointed tips are more likely to be used for wood and bamboo varieties. Chopsticks made from almost any material can be found in China, but the most common in modern-day restaurants is melamine plastic for durability and sanitation. The most common type in regular households is lacquered bamboo.

Shorter sticks tapered to a fine point are used in Japan, and are traditionally made of lacquered wood or bamboo. Many Japanese chopsticks have grooves which keeps food from slipping. Early Japanese chopsticks were made from one piece of bamboo, connected at the top and were used strictly for religious ceremonies.

On the Korean peninsula, medium-length chopsticks with a flat rectangular shape, usually made of metal are common. Traditionally, they were made of bronze or silver. Many Korean metal chopsticks are ornately decorated at the grip. They are used simultaneously with a spoon.

In Vietnam, long sticks that taper to a blunt point are also used. They are traditionally made of lacquered wood or bamboo. Contrary to misconception of the west, chopsticks are not commonly used in Thailand. 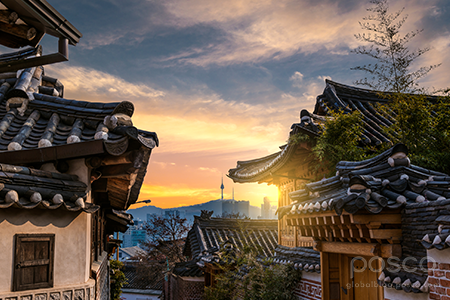 In Korea, chopsticks are paired with a spoon. Elders pick up utensils first. Contrary to cultural norms of China and Japan, it is considered uncouth to pick up a dish or a bowl to bring it closer to the mouth. A spoon is used instead. Holding both a spoon and chopsticks in one hand simultaneously or in both hands is also considered poor table manners.

Chopsticks should always be placed to the right of the spoon. Chopsticks are only laid to the left during the food preparation for a funeral or memorial service for deceased family members, in a ceremony known as jesa. 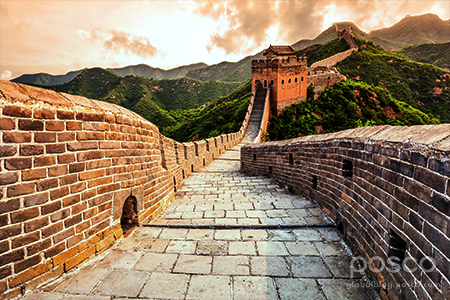 During the Chinese dynastic times, silver-tipped chopsticks were often used as a precautionary measure by wealthy families, as it was believed that the silver would turn black upon contact with poison. It is now known that silver has no reaction to arsenic or cyanide, but can change color if it comes into contact with garlic, onions or rotten eggs, all of which release hydrogen sulfide.

According to some ancient folklore, it is believed if you’re given an uneven pair, you will miss a boat or plane. An old Korean superstition says that the closer to the end one holds a pair of chopsticks, the longer one will stay unmarried.