Through our recent series on ‘2014 Paris Motor Show and POSCO’, we have discussed about POSCO’s leading role in the global automobile industry. Today, we would like to introduce an advertisement that presents the global network of automotive materials. With the advertisement you guys can see POSCO’s global networks at a glance! 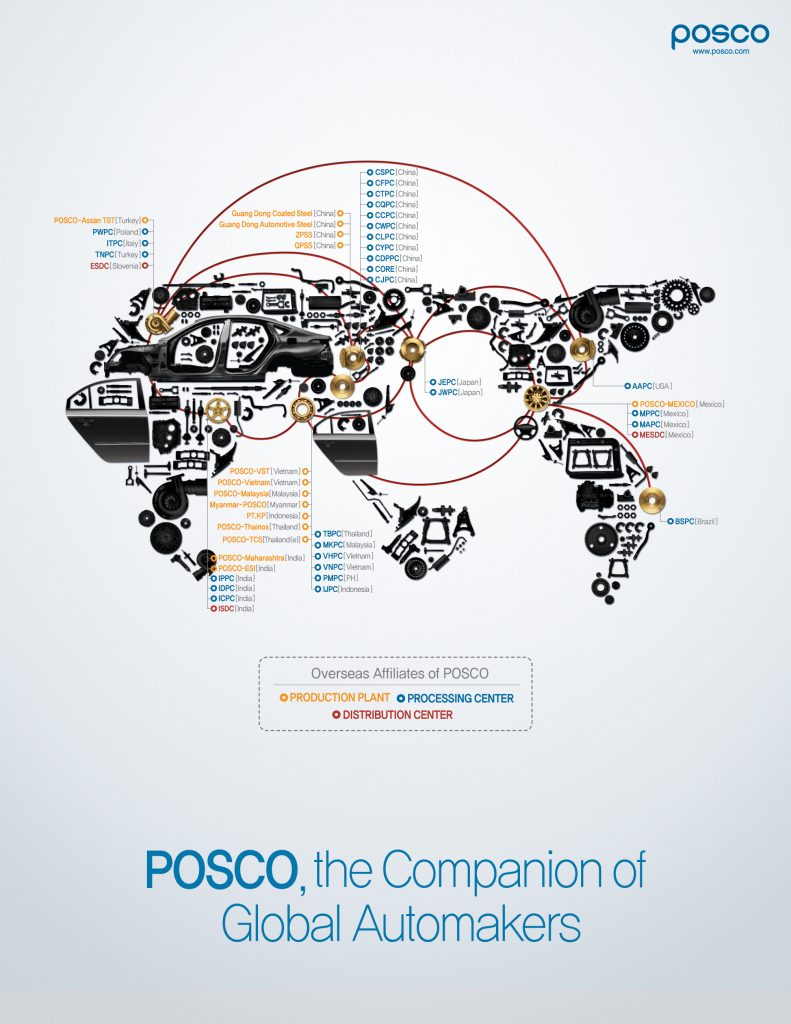 POSCO’s print advertisement introducing its global network of automotive materials has been released! As the advertisement demonstrates POSCO’s ‘world famous technology’ and the ‘best service based on its global network’, the series of ‘POSCO’s Global Network’ describes 15 production branches, 29 processing centers and 3 logistics branches. This advertising series were designed to visualize POSCO’s strength on customized sales strategy and customer service through logistics bases and technical service centers scattered all around the world. The design layout of a world map created with automotive steel parts is a notable feature of the advertisement. As we continue to advertise POSCO’s capabilities for premium products and diverse aspects as a prestigious steel company, we ask for your continuing interest!

Reinforced from the Past Advertisements 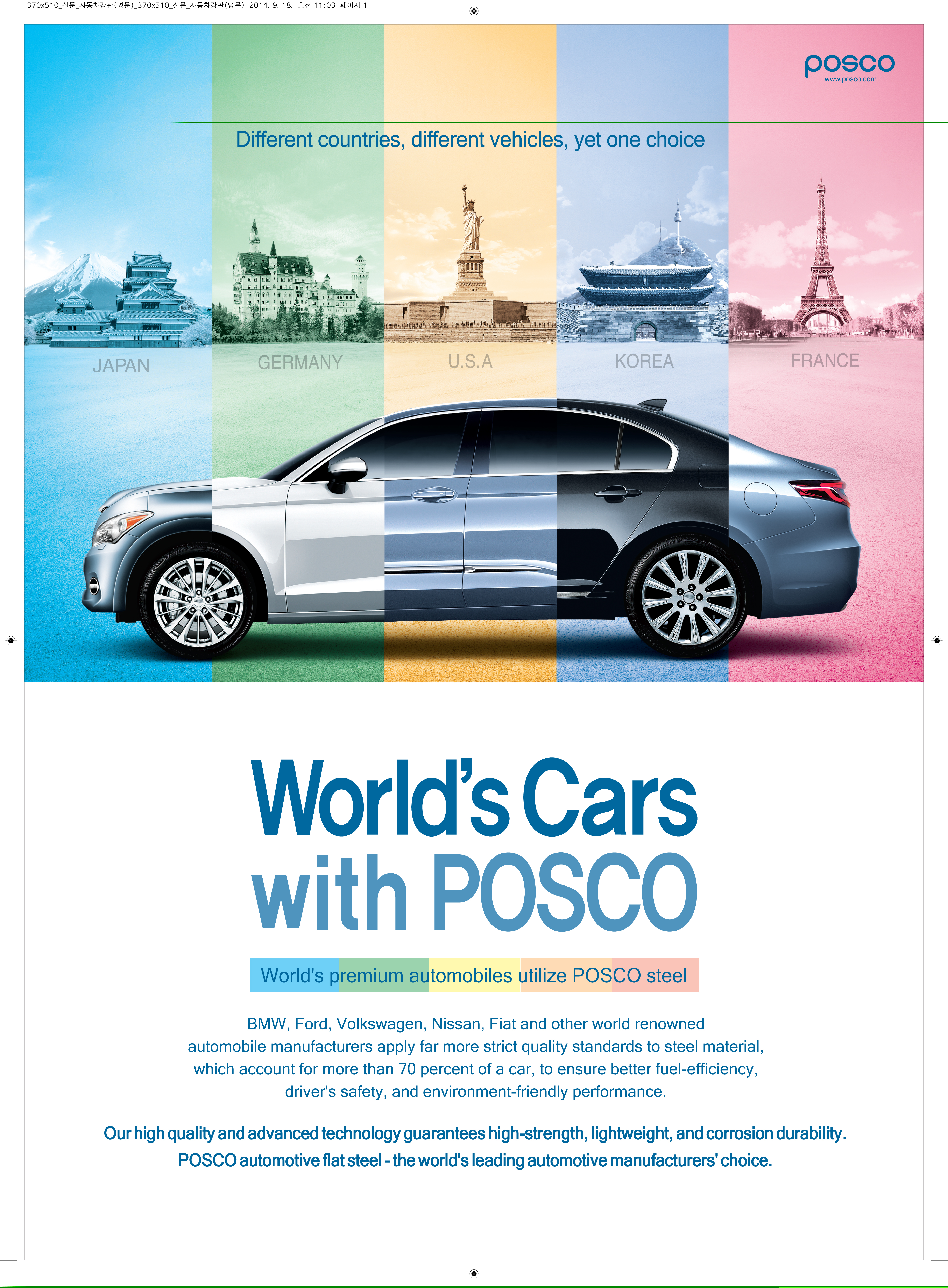 With the purpose of better portrayal of the quality and technology of POSCO’s automotive steels, POSCO’s Steel Project Business Department has been producing print advertisement as a new attempt in order to inform the public about POSCO’s products and marketing.

As shown in these print advertisements, POSCO has been contributing as a crucial role in the automotive flat products market. The current place of POSCO has been largely influenced by POSCO’s Technical Service Centers (TSC) established in 2011.

Distributed widely throughout the world, the TSCs handle local contact technology support. With technicians exclusively arranged for each country and location, they are in process of extensive technical exchanges with client companies. Associating with existing global network, they are fulfilling the demand and values of international client companies.

The very first global TSC was founded in China. Launched on October 13, 2011 in Tianhe District of Guangzhou, the center has been managing a number of duties that range from R&D of China-targeted product to customized service that reflects the demands of clients.

Reaching beyond to shipbuilding, home appliances, steel building materials, thick plates and more, POSCO will continue to expand its global network in every industry fields and advance along with clients through POSCO’s TSCs around the world.