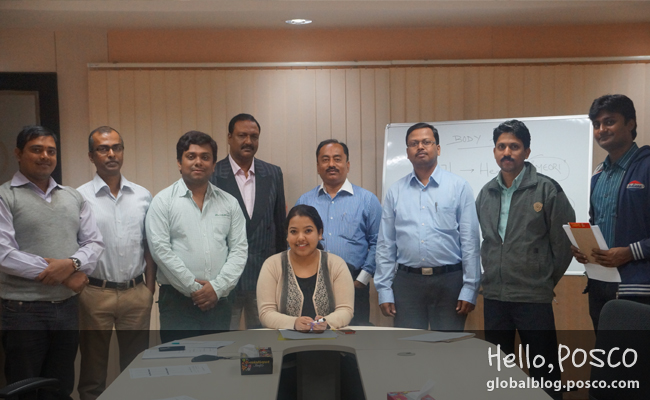 Learning foreign language and culture is much more than merely understanding the words spoken in another language. Especially for employees working in mutinational companies or overseas branches, an employee first has to begin understanding the language and cultural heritage of the counterpart for being able to appreciate their behavioral patterns. It helps in the betterment of inter-personal relationship at office.

Taking this mindset forward, POSCO-India organized a Basic Korean Language and Culture learning class for Indian Employees at its Bhubaneswar Office in the State of Odisha, India, where POSCO has proposed to set up a 12 MTPA Integrated Steel Plant. 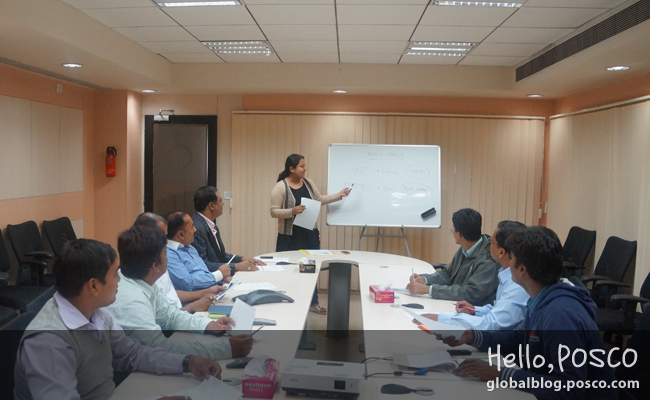 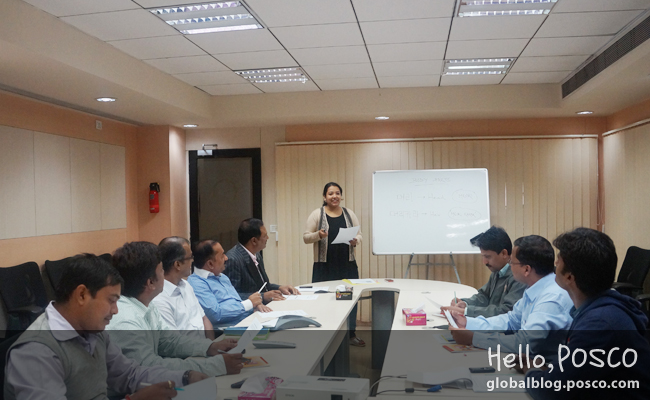 The class was organized as directed by the Chief Managing Director (CMD) of POSCO-India Mr. Yong- Won Yoon, with the purpose of teaching the Indian employees about Korean culture and basic Korean language. The duration of the class was 2 months starting from Oct-Dec 2013, and it was held twice a week (1 hour each day) during working hours at office premises. Most interestingly, it was taught by an Indian Employee Ms.Aradhana Supakar (Assistant Manager-Planning Division), who has experience of living in Korea for 5 years and also has worked at POSCO Seoul HQ. This initiative has been quite appreciated by the management as well as other employees.

India is well known for its long history, diversity and rich cultural heritage. And, Indian people have an attitude of welcoming and embracing new language and culture very easily. The Korean Language class for Indian employees was a good approach to increase the employee’s sensitivities and creating a sense of respect to the values and practices of Korean culture apart from learning the Korean language. Further, learning foreign language from an Indian national was quite interesting for the Indian employees, as it allowed them to learn and understand the Korean culture through comparing the same with Indian culture and language.

Looking at the remarkable positive reception of this class, POSCO-India looks forward to carry on such cross-cultural activities in future as well.